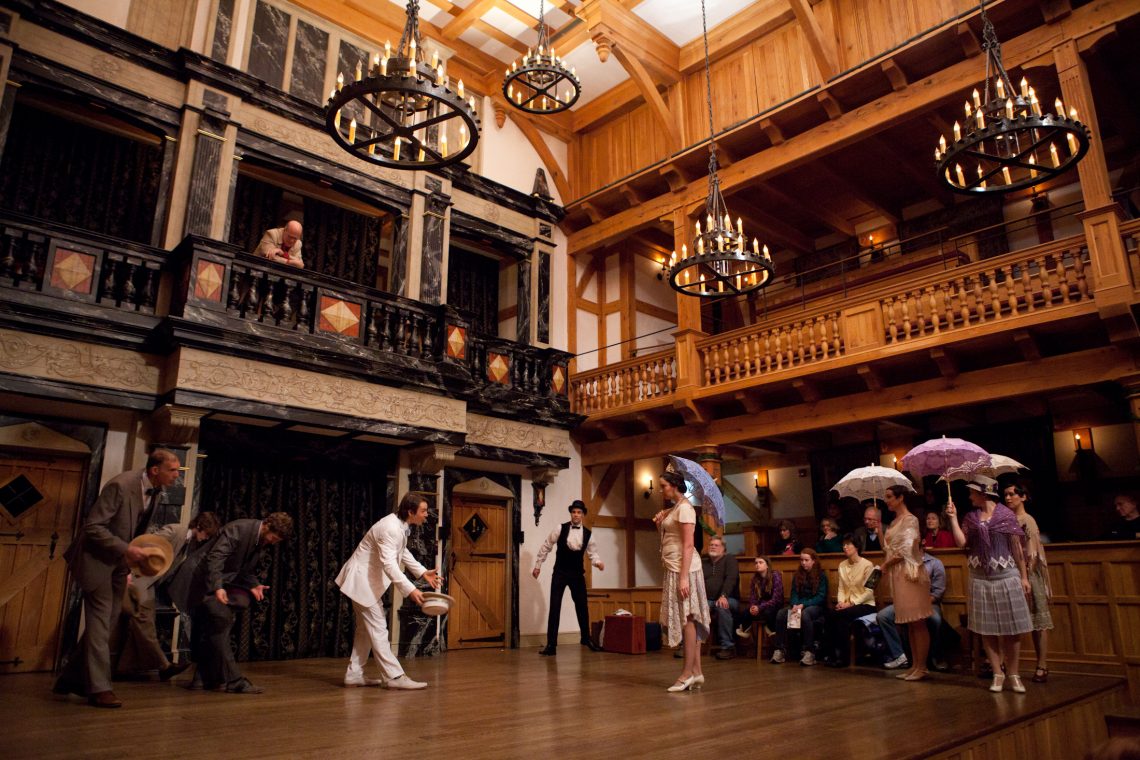 Washington and Lee University has signed on to be a charter member of the American Shakespeare Center’s (ASC) new academic leadership consortium. The partnership will bring the company’s national tour and on-site workshops led by actors in residency to W&L’s campus. ASC will also host students and scholars at the Blackfriars Playhouse in Staunton.

ASC’s mission is to recover the joys and accessibility of Shakespeare’s theater, language, and humanity by exploring the English Renaissance stage and its practices through performance and education. Its home base, the Blackfriars Playhouse, was built in 2001 and is the world’s only re-creation of Shakespeare’s indoor theater.

“The study of Shakespeare in performance has been a cornerstone of American Shakespeare Center since its inception,” said Dr. Ralph Alan Cohen, co-founder and director of mission for the ASC. “The Leadership Consortium takes ASC’s integration of page and stage to a whole new level, making ASC’s unique Blackfriars Playhouse a virtual part of our partner schools’ campus and curricula.”

“This is an immensely exciting partnership,” said W&L Provost Marc Conner, who led the effort to formalize the agreement. “Our faculty have been working with ASC for more than a decade. We house the ASC archives in our Special Collections, and there is a thriving partnership already in place with our faculty in Theater, English, and Medieval and Renaissance Studies. Now we have a mutually supportive agreement that will bring ASC programming to our campus and also bring W&L students to the Blackfriars Playhouse. I anticipate even more collaboration in our common mission of supporting not just Shakespeare, but great theater and the performing arts as a whole.”

“Participation in the consortium will leverage the proximity of the unique and educational experience that is the Blackfriars Theater and the American Shakespeare Company,” said Shawn Paul Evans, associate professor of theater and head of W&L’s theater department. “W&L students will benefit from the true residency of the troupe with shows on campus and at the historic playhouse, workshops, panels and student internships.”

W&L will be formally inducted as a charter member into the new leadership consortium in May in Staunton.