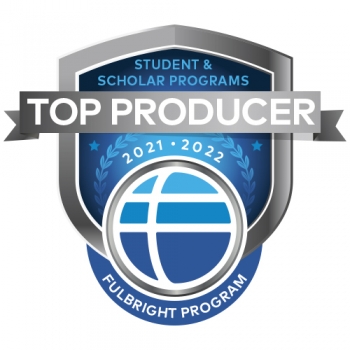 Washington and Lee University is proud to be included on the list of U.S. colleges and universities that produced the most 2021-2022 Fulbright U.S. Students for the fourth consecutive year. Each year, the U.S. Department of State’s Bureau of Educational and Cultural Affairs announces the top producing institutions for the Fulbright Program, the U.S. government’s flagship international educational exchange program. This year’s ranking is W&L’s highest ever among top producing Fulbright institutions.

“The fact that W&L continues to be a top producer for Fulbright awards is a testament to our outstanding students and the exceptional faculty and staff who support them,” said W&L Provost Lena Hill. “These opportunities are powerful stepping stones in our students’ career paths and greater purposes outside the classroom. We are thrilled to have so many ambassadors from our campus represent W&L around the world.”

W&L students and alumni have received 25 Fulbright grants in the last four years.

“We congratulate the colleges and universities we are honoring as 2021-2022 Fulbright Top Producing Institutions …,” said Ethan Rosenzweig, deputy assistant secretary of state for academic programs in the U.S. Department of State’s Bureau of Educational and Cultural Affairs. “We thank the leadership of these institutions for supporting their faculty advisors and administrators, who are instrumental in guiding their students through the Fulbright application process. We know that U.S. institutions benefit from having their students represent their campus overseas, which often fosters reciprocal exchanges that in turn help further internationalize U.S. campuses.”

The Fulbright competition is administered at W&L by Matthew Loar, director of fellowships, with the support of the university’s Fellowships Committee. Loar calls his work with students a partnership.

“Washington and Lee students are tremendous, and every year I find myself amazed at the remarkable projects they propose,” said Loar. “It is a true pleasure to work with so many creative, talented and accomplished applicants, and it is rewarding to help the leaders of tomorrow take every available opportunity to enhance their educational experience both during and after their time at W&L.”

Since its inception in 1946, over 400,000 people from all backgrounds – recent university graduates, teachers, scientists and researchers, artists and more – have participated in the Fulbright Program and returned to their home countries with an expanded worldview, a deep appreciation for their host country and its people, and a new network of colleagues and friends. Fulbright alumni work to make a positive impact on their communities, sectors and the world, and have included 40 heads of state or government, 61 Nobel Laureates, 89 Pulitzer Prize winners, 76 MacArthur Fellows, and countless leaders and changemakers who carry forward the Fulbright mission of enhancing mutual understanding.

For more information about the Fulbright Program, visit eca.state.gov/fulbright. W&L students interested in applying for the Fulbright U.S. Student Program should contact Matthew Loar in the Houston H. Harte Center for Teaching and Learning (Leyburn 114) or by email at mloar@wlu.edu. 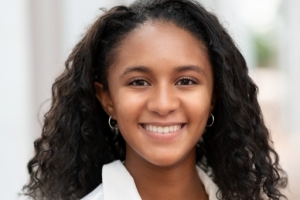 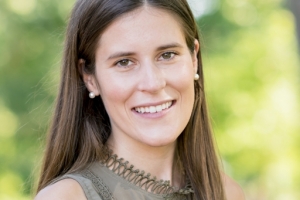 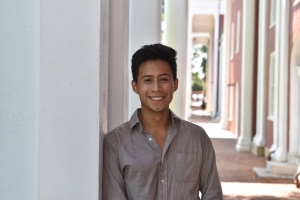