W&L Celebrates Reversal of ICE Guidelines Immigrations and Customs Enforcement guidelines announced in July would have required international students to leave the U.S. if they were forced by COVID-19 to take only online courses. 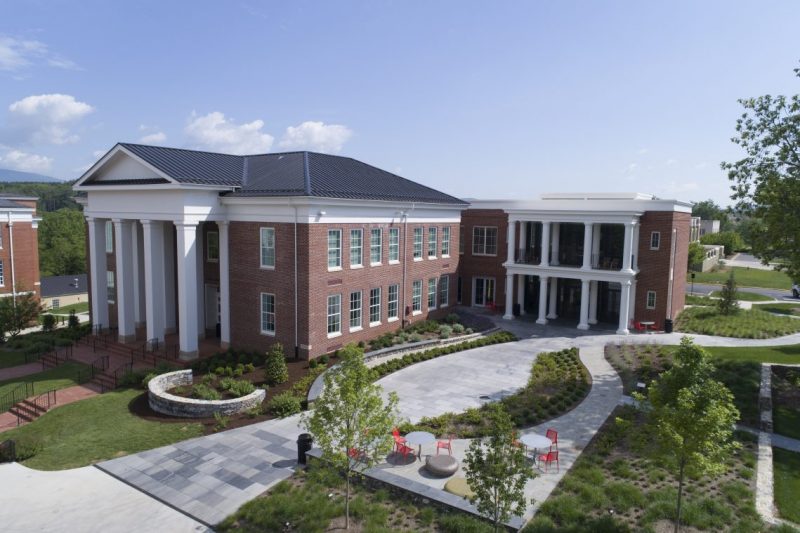 Members of the Washington and Lee University community expressed relief on Tuesday after the Trump administration abruptly reversed new Immigrations and Customs Enforcement guidelines that would have forced international students to leave the country if their school offered only online courses. Although W&L has announced its intention to welcome all students back for Fall Term, the guidelines caused serious concerns about the implications of pivoting to all virtual courses mid-semester in the event of worsening COVID-19 case numbers and new government or public health guidance.

“We should not have to make a choice between ensuring the safety of our community and preserving the ability of our international students to remain in the United States,” President Will Dudley wrote in a letter to the community last week. In that letter, he shared that he is a member of the President’s Alliance on Higher Education and Immigration, a coalition of institutions dedicated to advocating for international and undocumented students who wish to study on U.S. campuses.

Since that letter went out, President Dudley added his signature to a statement from the Associated Colleges of the South and a letter from the National Association of Independent Colleges and Universities that implored Congress to assist in rescinding the regulation. He also signed an amicus brief in support of a lawsuit filed by Harvard University and the Massachusetts Institute of Technology (MIT) in response to the surprise ICE announcement.

Mark Rush, director of the Center for International Education (CIE) at W&L, said that even without the ICE guidelines scare, the pandemic has posed significant challenges for international students. Staff in the CIE and other offices across campus have worked tirelessly to help them navigate the unprecedented circumstances.

In March, after the university was forced to suspend in-person courses and send students home, CIE staff worked with the Office of Student Affairs to help international students get back to their home countries or find a place to stay in the U.S. For some, especially those who could not go home because flights were suspended, that meant staying in the Woods Creek Apartments on campus. Others went to stay with family or friends in the U.S.

Most returning international students are now in the U.S., Rush said, but some who made it home cannot get back because of restraints on visas and other restrictions. The same is true for most incoming international first-year students. When those problems became apparent, CIE staff quickly got in touch with the University of St. Andrews in Scotland and arranged for a number of W&L’s international students to take courses there during Fall Term. Because of the ongoing relationship between W&L and St. Andrews, those courses will transfer to W&L.

“The effort has been remarkable,” Rush said. “Staff in the Center for International Education have been on it, starting with that weekend in March when we had to organize travel and relocation plans for our international students. Everyone has reacted quickly and creatively. Admissions, Financial Aid and Student Affairs were able to pivot very quickly as soon as the university approved the plan to send students to St. Andrews.”

But the new ICE guidelines, which were announced July 6, again pushed international students and W&L staff into a state of uncertainty. Rush said the State Department’s decision was unclear, and it was difficult to know what would have been an acceptable balance of in-person, online or hybrid courses. Although it seemed that W&L would have been able to offer a curriculum that would meet ICE guidelines, the question of what would happen if courses went all-virtual still loomed large.

In response, student support staff scrambled to talk with students and collaborate on possible solutions. Rush said he and Associate Director for International Education Hunter Swanson spent the entire day on Friday in webinars or meetings trying to address concerns and prepare memos.

“We had a lot of faculty reaching out and saying if you need us to alter our courses, let us know how we can help,” Rush said. “That showed us they were willing to go to bat for our international students.”

Fortunately, these concerns have been allayed for the time being. On Tuesday, less than five minutes into a federal court hearing for the case filed by Harvard and MIT last week, U.S. District Court Judge Allison D. Burroughs announced that the parties had come to a resolution. According to Harvard University, the complaint had picked up support from hundreds of higher education institutions and dozens of cities and states.

In the aftermath of the reversal, Rush reiterated the importance of having international students on college campuses all over the world.

“You want to have a campus full of as many different viewpoints as possible to make it a better educational experience for everyone,” he said. “It’s the same reason the U.S. celebrates and promotes study abroad so that American students are able to experience other cultures and educational systems.

“You hear tales of people who met in college as a result of study abroad who maintain lifelong personal and professional relationships. If you think about the broad purpose of any institution of higher education, international education at home and abroad is a tremendous opportunity to enhance the experiences of our students.”