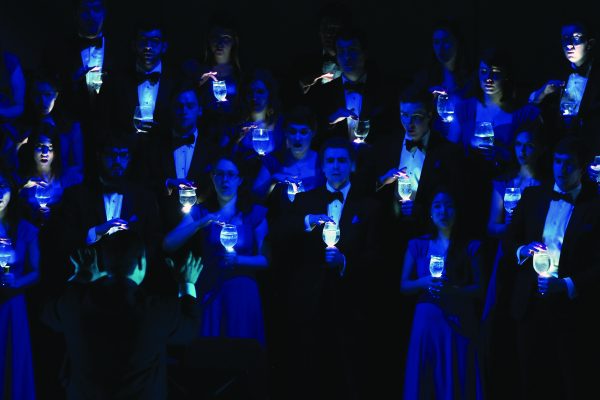 Join members of the Washington and Lee choral program, under the direction of visiting choral director Morgan Luttig, for a Parents and Family Weekend choral concert on Sept. 28, at 8 p.m. in Wilson Concert Hall in the Lenfest Center for Performing Arts. Tickets are free, but required.

Through the upcoming season, members of the choral program will experiment with varying styles of audience engagement within the Washington and Lee community and beyond. The Parents and Family Weekend performance will feature surround-sound experiences with choir members exploring audience engagement as an integral part of their choral studies.

The University Singers repertoire will feature traditional Scottish pieces such as “Loch Lomond” by Jonathan Quick, and pieces representative of “home” such as J. David Moore’s arrangement of “Will the Circle Be Unbroken.”

Cantatrici Women’s Choir and the Men’s Glee Club will perform as a joint ensemble, as well as individually for the concert. Some highlights include the men of the Glee Club performing “Cover Me with the Night” by Andrea Ramsey, a piece featuring soloists, piano and auxiliary percussion. In addition, the women will present Brian Tate’s “Hold Me, Rock Me,” a spiritual compilation.

This year’s visiting conductor, Morgan Luttig ’14, is an alumna of the Washington and Lee Conducting Mentorship Program.

“It is an honor to return to W&L to direct the choral ensembles,” said Luttig. “This experience feels like coming home, and I look forward to seeing how today’s students will shape and be shaped by the choral program in the same way that the choral program greatly impacted me as a student.”

Luttig received her master’s of music education – choral emphasis degree from Westminster Choir College, and previously taught at St. Andrew’s School in Savannah, Georgia, as choral director and general music teacher for pre-k through 12 students. Luttig has performed with choral ensembles such as Westminster’s Kantorei, Symphonic Choir and Jubilee Singers, as well as the Savannah Philharmonic Chorus and iCantori Choral Ensemble. 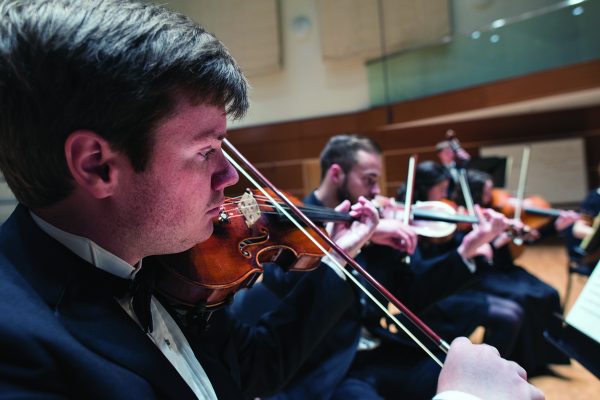 The W&L Music Department will also present an Instrumental Ensemble concert Parents and Family Weekend at 8 p.m. on  Sept. 29 in the Wilson Concert Hall.

Join the University Jazz Ensemble, University Orchestra and University Wind Ensemble as they perform a combined concert as part of Parents and Family Weekend 2018.

The concert is free and no tickets are required.  For more information, call the Lenfest Center box office at 540- 458-8000.