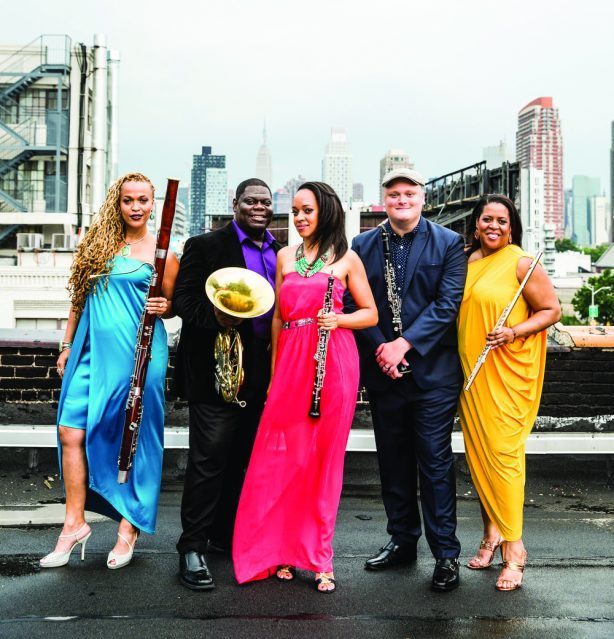 The Washington and Lee University Concert Guild presents Imani Winds and pianist Jon Nakamatsu in concert on March 9 at 8 p.m. in the Wilson Concert Hall on the W&L campus.

Their public performance is titled “Old Made New,” and ticket prices for the event are as follows: adults, $20; senior citizens, $15; W&L faculty and staff, $10; and students, $5. University Swipe is available.

Imani Winds is a wind quintet with an eclectic repertoire and a spirit of inclusivity. They are dedicated to the creation and incorporation of a diverse range of cultures in music, including European, American, African and Latin American. They have performed in multiple venues, including the Lincoln Center, Kennedy Center, Disney Hall and Carnegie Hall. In 2006, the group was nominated for a Grammy Award for their recording of “The Classical Underground.”

Nakamatsu is a classical pianist from San Jose, California. He holds degrees in both German studies and education, but his heart is in music. After being the first American to win the Gold Medal at the Van Cliburn International Piano Competition, in 1997, Nakamatsu abandoned his job as a German teacher in order to pursue a career as a classical pianist. His playing grips the piano with both agility and sensitivity to the heart of the music. Nakamatsu draws zealous passion from the keys with each performance. He has played internationally at locations such as Chicago, Boston, Paris, London, Milan and more.

Tickets are required and available through the Lenfest Center box office at 540-458-8000 or online at https://www.wlu.edu/lenfest-center.Box office hours are Mon.–Fri., 9-11 a.m. and 1-3 p.m. The box office will also be open for one hour prior to performance time.