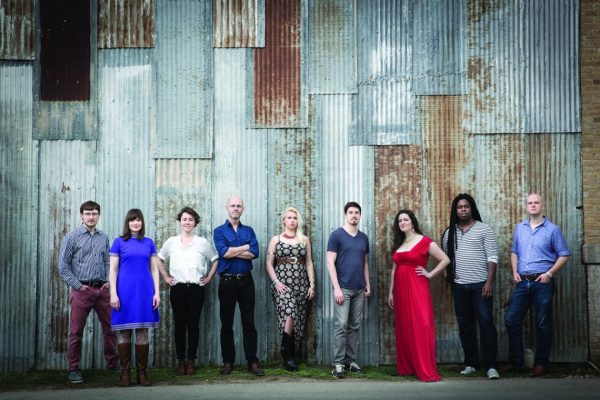 The Washington and Lee University Concert Guild presents the eight-voice ensemble, Roomful of Teeth on March 23, at 8 p.m. in Wilson Concert Hall.

Founded in 2009, Roomful of Teeth is a Grammy-winning vocal project dedicated to reimagining the expressive potential of the human voice. Through study with masters from vocal traditions around the world, the ensemble continually expands its vocabulary of singing techniques and, through an ongoing commissioning process, forges a new repertoire without borders.

Recent projects include “The Colorado,” a music-driven documentary film that explores water, land and survival in the Colorado River Basin. The group also appeared at new music festivals in the U.S., Canada and Sweden. Roomful of Teeth maintains partnerships with nearly two dozen higher education institutions across the country.

Tickets are required and available through the Lenfest Center box office at 540-458-8000 or online. Ticket prices are as follows: Adults $20, Senior Citizens $15, W&L Faculty and Staff $10 and Students $5.