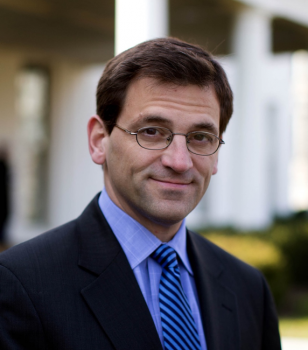 Washington and Lee University will host Peter Baker, the chief White House correspondent for The New York Times, on Oct. 24 at 5 p.m. in Stackhouse Theater on the W&L campus.

Baker’s talk will continue the “Conversations in the Age of Trump” series, and it will be streamed live online here.

He co-wrote the first Washington Post story about the Bill Clinton-Monica Lewinsky scandal, and he was the Post’s lead writer on the impeachment and trial of Clinton. He and his journalist wife, Susan Glasser, also spent four years as Moscow bureau chiefs for the Post. In 2018 he co-wrote “Impeachment: An American History.”

His other books include “Days of Fire: Bush and Cheney in the White House,” “The Breach: Inside the Impeachment and Trial of William Jefferson Clinton,” and “Kremlin Rising: Vladimir Putin’s Russia and the End of the Revolution.”

The talk is sponsored by the Williams School of Commerce, Economics, and Politics and the William Lyne Wilson II Symposium, with the support of the Washington and Lee Journalism and Mass Communications Department.