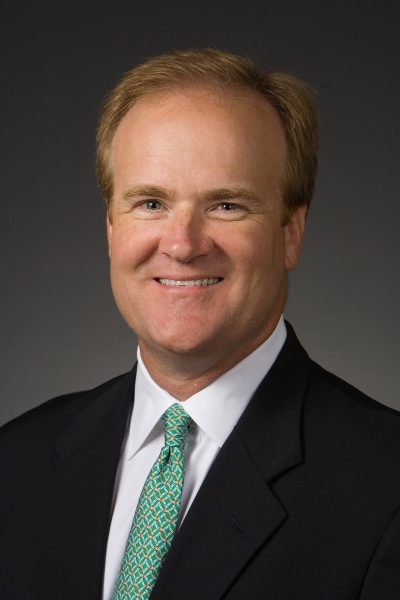 Sandy Whann, president of Leidenheimer Baking Company in New Orleans, will give a public talk at Washington and Lee University on March 27 at 5 p.m. in the Hillel House Multipurpose Room. He will speak on “Contemplating Relevance: Thoughts on Life and Business from a New Orleans Baker.” The event is free and open to the public.

Whann is the fourth generation of his family to operate the bakery that was founded in 1896 by his great-grandfather. Leidenheimer Baking Company services primarily restaurants and po-boy shops with traditional New Orleans French bread products. It is known as an invaluable contributor to New Orleans’ unique food culture.

A New Orleans native, Whann graduated from W&L in 1986 with a degree in business administration where he was a member of the Omicron Delta Kappa Leadership Honor Society. He joined his father in the family business after internships with Sunbeam Bakery and Mrs. Baird’s Bakeries. In 2002, Whann received the “Rising Star” award from Baking and Snack Magazine.

Leidenheimer’s reputation for excellence in baking has led to distribution in over two dozen states and the opportunity to work on customized baking projects with a number of multi-unit restaurant concepts. In 2000, he launched Wild Flour Breads, which specializes in artisan breads, with New Orleans chef Susan Spicer.

Whann has been active on numerous boards and committees, including serving as chairman of the board of directors of the Independent Bakers Association and development chairman of the Bureau of Governmental Research. He was also an integral part of a New Orleans Chamber of Commerce committee which developed a specific curriculum for training food manufacturing workers.

In 2010, Whann was inducted into the Junior Achievement Business Hall of Fame and in 2013 he was recognized by the Louisiana Hospitality Foundation with the Bryan Klotz Outstanding Philanthropy Award. He lives in New Orleans with his wife and two children.

For those who cannot attend, Whann’s talk will be livestreamed: https://livestream.com/wlu/sandy-whann.