W&L Hosts Annual Holiday Candlelight Service The event is free and open to the public. 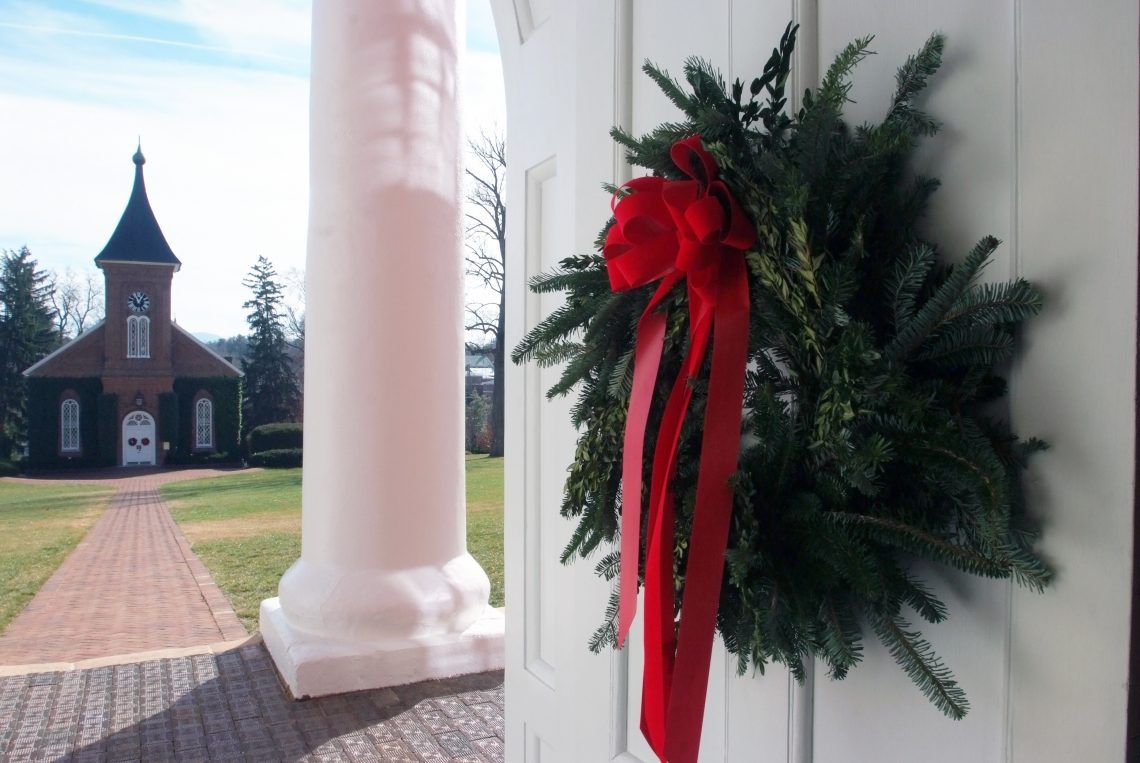 The performance will be held in Lee Chapel.

Washington and Lee University’s annual Christmas Candlelight Service featuring the University Singers will be held Thursday, December 6, at 8 p.m. in Lee Chapel. Seating will begin at 7 p.m. The event is free and open to the public.

The “Festival of Nine Lessons and Carols,” broadcast each year from King’s College Chapel, University of Cambridge, and widely used in England, the United States and around the world, is an ancient form for corporate worship at the Christmas season. The prayers, lessons and music tell the story of sacred history from the Creation to the Incarnation.

The service has been held for many years in Lexington and was held at Grace Episcopal Church during the earlier years. The W&L Men’s Glee Club participated in the service held at the church, but when the Candlelight Service moved to Lee Chapel in the early 1990s, the newly founded University Chamber Singers became the featured choir.

Music for the traditional service again will be provided by the University Singers, the evolution of the Chamber Singers, and conducted by Morgan Luttig, ’14, visiting director of choral activities at W&L. The Singers’ anthems will feature a wide variety of music, from traditional favorites to modern masterpieces.

Nine members of the Washington and Lee University community will read the lessons.  William C. Datz ’75 will preside over the service.

The event will be streamed live online here.