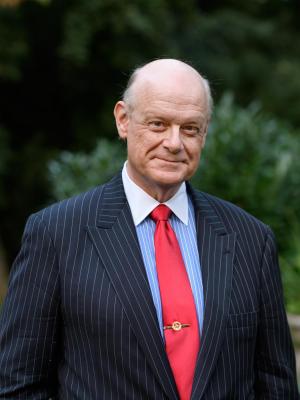 Washington and Lee University will hold a public lecture with scholar Allen C. Guelzo, on March 21, at 4:30 p.m. in Northen Auditorium, Leyburn Library. The lecture is free and open to the public and will be streamed live online at https://livestream.com/wlu/allen-guelzo-gettysburg.

The title of Guelzo’s talk is “Did Robert E. Lee Commit Treason?”

Guelzo is the Henry R. Luce Professor of the Civil War Era and director of Civil War Era Studies at Gettysburg College and James Madison Program Garwood Visiting Professor and Visiting Fellow at Princeton University. He is the first double Lincoln Laureate in history. In 2000, he received both the Lincoln Prize and the Abraham Lincoln Institute Prize for his intellectual biography of Lincoln, “Abraham Lincoln: Redeemer President.”

Guelzo’s book “Gettysburg: The Last Invasion” (2013) spent eight weeks on the New York Times bestseller list and was cited for “an extraordinarily detailed and realistic account” in a Times review.

His articles and essays have appeared in scholarly journals and in major daily publications, including The New York Times and The Wall Street Journal. A historical commentator, Guelzo has been featured on NPR, the Discovery Channel, the National Geographic channel and “The Daily Show with Jon Stewart.”