W&L Hosts Executive Director of American Civil Liberties Union Gastañaga's lecture, which is free and open to the public, is titled "Racial Justice at the Ballot Box: Moving Beyond Restoration of Rights." 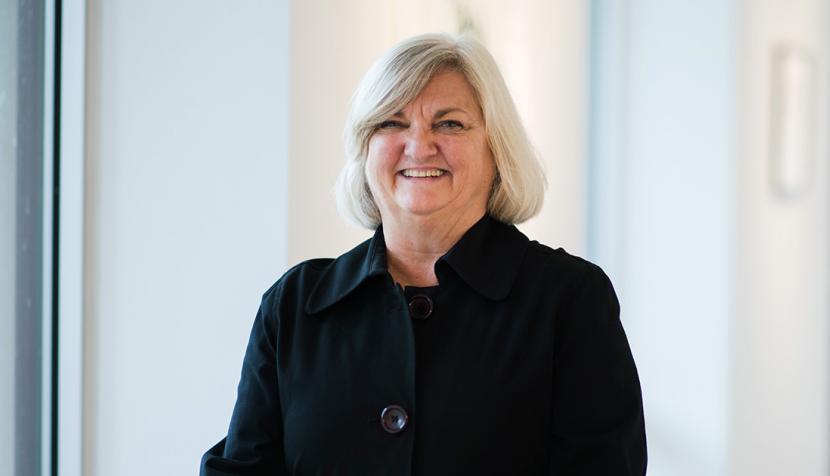 Claire Gastañaga, executive director of the American Civil Liberties Union (ACLU) of Virginia, will deliver a public lecture on April 29 at 5:30 p.m. in Northen Auditorium at Washington and Lee University.

Her lecture, which is free and open to the public, is titled “Racial Justice at the Ballot Box: Moving Beyond Restoration of Rights.” In addition to her public lecture, Gastañaga will visit a Spring Term class to discuss racial minority redistricting in Virginia.

“The ACLU has been at the forefront of seeking racial justice and protecting voting rights for nearly a century,” said Mark Rush, director of International Education and Stanley D. and Nikki Waxberg Professor of Politics. “Gastañaga will address both topics during her visit to campus. At a time when several states have sought to restrict access to voter registration and when gerrymandering continues to be a tremendous blemish on American politics, it is a pleasure to welcome her to offer a public talk and to visit with the students working on electoral reform proposals in the Spring Term class that professor Dick Kuettner and I are teaching.”

Gastañaga joined the ACLU of Virginia in 2012, bringing with her decades of experience as an attorney, lobbyist, nonprofit leader and fundraiser. In 2015, Equality Virginia honored her as one of its Outstanding Virginians for her decades of advocacy work on behalf of the LGBT community, and in 2016, she received a Lifetime Achievement Award.

Before joining the ACLU, Gastañaga worked as a lobbyist for such organizations as Equality Virginia, the Virginia Coalition for Latino Organizations, and the Virginia Sexual and Domestic Violence Action Alliance. In 2010, she was named one of the 50 Women of Influence in Virginia. She also ran the campaign against Virginia’s marriage amendment in 2006. She has been a key player in state government, serving as chief of staff and special counsel to the speaker of the Virginia House of Delegates and as the first female chief deputy attorney general of Virginia.

She is a 2015 fellow of the Virginia Law Foundation and was the Richmond YWCA’s Outstanding Woman in Law in 1996. She currently serves on the Virginia State Advisory Committee to the U.S. Commission on Civil Rights.