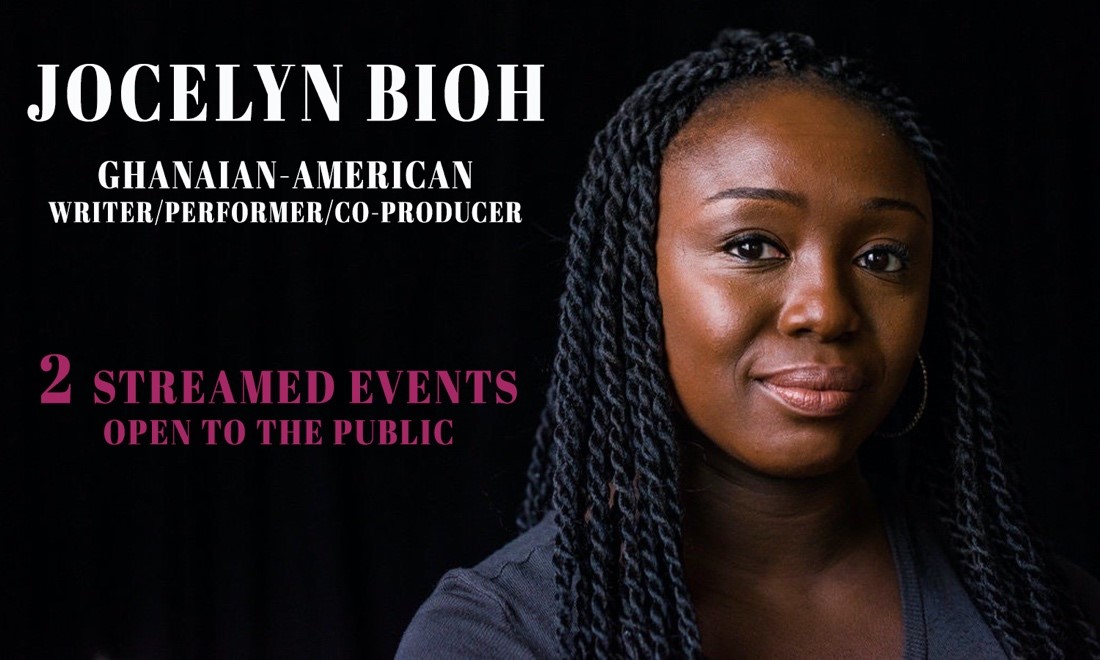 Her critically acclaimed, off-Broadway hit comedy “School Girls; Or, The African Mean Girls Play“ will stream on Tuesday, March 16 at 7 p.m. There is no charge to view the show. Please email boxoffice@wlu.edu and use “Jocelyn Bioh Link” as the subject line for access to the Livestream link and password. W&L’s box office will accept the request until Tuesday, March 16 at 6:30 p.m.

On Thursday, March 18 at 5 p.m., the community is invited to a virtual talk with Bioh. She will discuss her career as an actress and writer for theater and television, and the story of “School Girls’” success. There is no charge to view the stream, which will be available here.

Bioh received her master’s degree in theater and playwriting from Columbia University. She is under commission to Manhattan Theatre Club and the Atlantic Theater Company and is a resident playwright at LCT3. She conceived and wrote the libretto for “The Ladykiller’s Love Story,” “Nollywood Dreams,” “Happiness and Joe” and “African Americans.”

Bioh’s film credits include “Blue Bloods” on CBS, “The Detour” on TBS, “The Characters” on Netflix and “Louie” on FX. She is also penning an episode for Amazon’s second season of “Modern Love.”

The event is hosted by the W&L Department of Theater, Dance, and Film Studies and sponsored in part by W&L’s Women’s, Gender, and Sexuality Studies Program, the Roger Mudd Center for Ethics and Center for International Education, and W&L’s Africana Studies Program.