W&L Journalism Student Wins Hearst Award Hannah Denham ’20 won first place in a prestigious feature writing competition for a piece she wrote during an internship at The Washington Post. 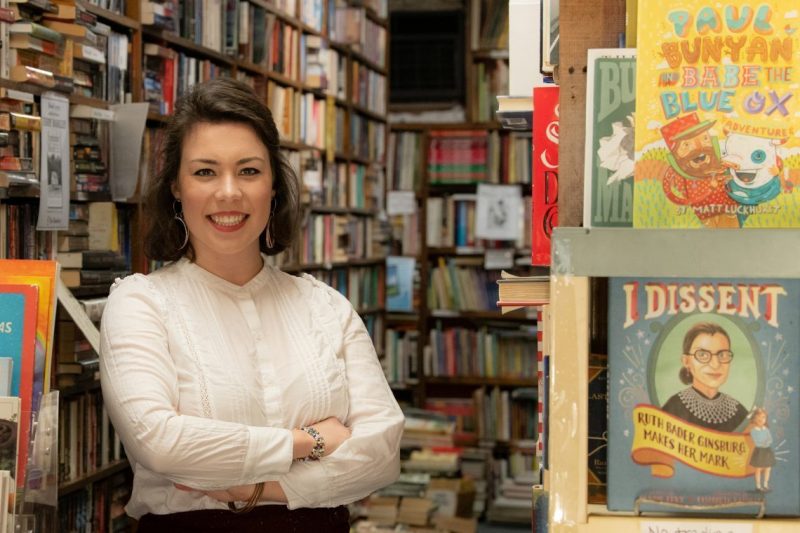 Denham, who is earning a degree in journalism and working toward a minor in women’s, gender, and sexuality studies at W&L, will receive a $3,000 scholarship for her winning article, “A Texas-size mart’s road to fame,” which ran in The Washington Post in August 2019. Her article detailed the growth and popularity of a Texas chain of convenience stores called Buc-ee’s.

“It captures one of those places we pass through all the time but never really get to know,” said competition judge Larry Kramer, retired president and publisher of USA Today. “We’ve all been there, most of us many times, but we never stay long enough to really get to know the place. The reporter told a fascinating story about a small business that has become a big business right under our nose, and how they are doing it. It’s a great reminder to journalists that small, everyday things are often great stories…we just need to pay attention.”

In addition to Denham’s prize, the Hearst Foundation will award a matching grant to the W&L School of Journalism. Denham, a Johnson Scholar at W&L who serves as co-editor-in-chief of the student newspaper, The Ring-tum Phi, also now qualifies to participate in the Hearst National Writing Championship in Houston, Texas, in June.

“I’m incredibly honored to be a recipient of the Hearst award,” said Denham, a native of Spanish Fort, Alabama. “It is an unfathomable dream. I pitched this feature story at the beginning of my summer internship on The Washington Post’s business desk, and it grew to become my summer passion project that published my last week. I’m so grateful for my editors at The Washington Post for believing in this story, and for photographer Allison V. Smith, who made the story come to life.”

Denham’s article was selected from a pool of 156 entries from 86 colleges and universities across the country. This is not the first time her work has been recognized. Earlier this year, she won a national award for student journalism from the Society for Advancing Business Editing and Writing (SABEW). That award was for a series of 15 investigative stories she reported and wrote for the Tampa Bay Times about problems with Florida’s toll system. She also won first place in the In-Depth Reporting category of the Society of Professional Journalists’ regional college journalism competition.

The Post invited Denham back to its newsroom when she graduates this spring. She will work as an intern on the business and financial desk.

“Hannah is an incredibly hard-working and talented young journalist,” said Professor Alecia Swasy, Reynolds Chair in Business Journalism at W&L. “I’d encourage everyone to subscribe to the Post so you can continue to read her great work.”