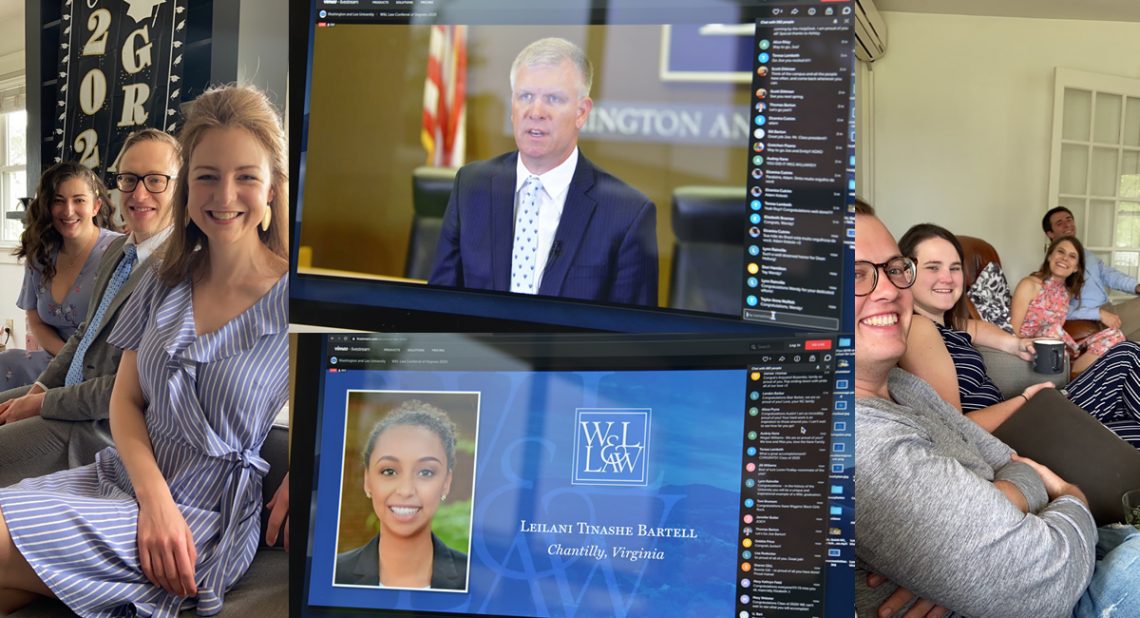 W&L Law Announces Honors and Awards for Class of 2020

On Friday, May 8, Washington and Lee University School of Law celebrated the Class of 2020 with a virtual Conferral of Degrees ceremony, during which 154 students were awarded their Juris Doctor degrees.

The online event occurred the same day and time as the original date for the School’s Commencement ceremony, which was postponed due to the COVID-19 outbreak. University officials have announced that the in-person, traditional Commencement exercises for the Class of 2020 will take place on Saturday, April 3, 2021.

The Conferral of Degrees ceremony is available to watch online.

In addition, the School has announced the winners of awards recognizing academic excellence and service to the Law School and University communities. The John W. Davis Prize for Law, given to the graduate with the highest cumulative grade point average, was awarded to Caroline Louise Crosbie of Manassas, Virginia.

Related //The School of Law
Tagged //conferral of degrees, honors and awards, Law Class of 2020