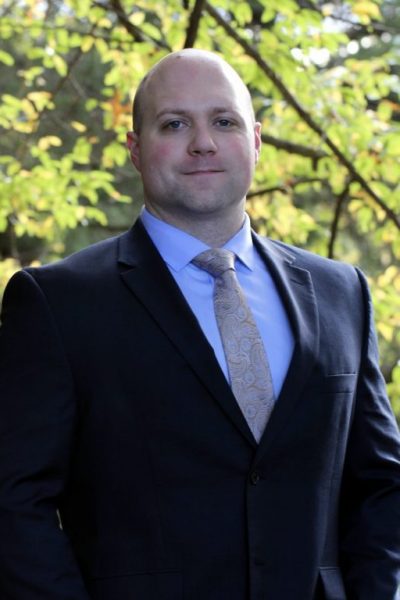 How do you know your Law Review Note is up to snuff? Winning two prestigious awards is usually a good acid test. That’s exactly what Shaun Bennett’s (‘18L) piece, “Whistling Loud and Clear: Applying Chevron to Subsection 21F of Dodd-Frank,” has accomplished—garnering second place in the Association of Securities and Exchange Commission Alumni’s (ASECA) Writing Competition and receiving The Roy L. Steinheimer Law Review Award from the W&L Law Review.

ASECA is a non-profit charitable organization whose stated mission is to provide the opportunity for education and growth of industry professionals, to promote study and research in the field of securities law and to educate members on securities law by means of lectures, seminars and publications. They hold an annual writing competition for law students from schools around the country pertaining to pressing issues in the filed of securities law. Bennett’s article was awarded second place in this highly competitive national competition—which included a $3,000 cash prize and an all-expense paid awards reception in Washington, D.C.

Each year staff-writers from the Washington & Lee Review are required to write a Note on an issue of current interest in the law with the assistance of a faculty advisor and a member of the Law Review board. All entries submitted to the board are read and evaluated for quality of writing and use of the correct citation formatting. Authors of the two notes chosen as the most outstanding receive one of two awards along with a cash prize—either The Roy L. Steinheimer Award or the W&L Law Council Law Review Award. The Notes are presented to faculty, staff, and students at the Law Review Student Notes Program the following year when the authors serve as Editors on the Law Review board. These notes, along with other exceptional Notes, are published in the Washington & Lee Review.

Another intriguing development that makes Bennett’s Note even more ‘noteworthy’ is that the Supreme Court recently issued an opinion on the underlying case, Digital Realty Trust, Inc. v. Somers. On February 21, 2018, the Supreme Court held that the anti-retaliation whistleblower protections under the Dodd-Frank Act are applicable only to those who have reported allegations to the Securities and Exchange Commission (SEC) at the time of the claimed retaliatory conduct. The Court’s ruling was premised on the plain language of the Dodd-Frank Act and its definition of a whistleblower. The decision effectively reversed the Court of Appeals for the Ninth Circuit’s previous ruling that Somers, who had been fired after reporting alleged securities violations within the company but not to the SEC, could pursue a retaliation claim against his former employer.

The Supreme Court took exactly the same approach that Bennett advocated for in his Note—an impressive testament to the soundness of his legal reasoning.

“I could not help but take some satisfaction in the Supreme Court’s opinion,” says Bennett.  “In my Note, I argued that the Court should employ the Chevron doctrine and refuse to grant deference to the SEC’s interpretive rule.  The Court did just that, and for many of the same reasons I set forth in my Note—I was exhilarated when I first read the opinion.”

However, the Note doesn’t stop there. While Bennett believes that the Supreme Court arrived at the proper legal outcome, his Note also argues that the practical, real-world result is not ideal. He argues that Congress should act to further improve upon whistleblower protection, including revising significant provision of the Sarbanes-Oxley Act. Additionally, Bennett highlights that the Court neglected to address the Ninth Circuit’s sidestepping of Chevron or the significant separation of powers issues also relevant to the topic.

Whether Congress takes Bennett’s advice remains to be seen. What is for certain is that Shaun Bennett has a promising legal career in his future. The Managing Editor of the Washington and Lee Law Review will be clerking for Justice Stephen R. McCullough of the Supreme Court of Virginia following his upcoming graduation in May 2018.