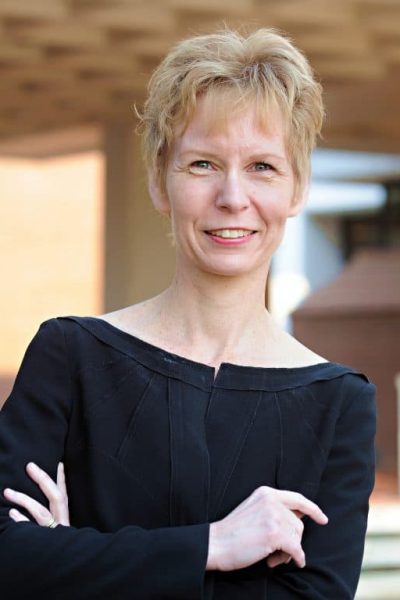 The Board of Visitors and Governors of St. John’s College has appointed Nora Demleitner, Roy L. Steinheimer Jr. Professor of Law at Washington and Lee University School of Law, as president of the college’s Annapolis campus. Demleitner will become the 25th Annapolis president in the college’s 325-year history, the ninth since the inception of the current program of study in 1937, and its first female president. Her appointment will begin in January.

“The Board of Visitors and Governors is proud to appoint a great legal mind, prolific writer, strategic leader, and dedicated teacher as the first woman to be president of the third oldest college in America,” said Ron Fielding, chair of the board. “As a college that values, first and foremost, the quality and singularity of our educational Program, we were also impressed by the deep respect felt for her by our faculty.”

A highly respected scholar on issues of criminal, comparative and immigration law, Demleitner joined W&L Law as dean of the law school in 2012. She was previously dean and professor of law at the Maurice A. Deane School of Law at Hofstra University.

Demleitner left the position of dean in 2015 to join the permanent faculty. Among her accomplishments as dean, Demleitner worked to improve the school’s bar passage rates and placement rates, revamped the Career Services Office, led renovations of Lewis Hall and nearly completed the law school capital campaign target of $35 million. She increased diversity in the law school faculty and student body and enhanced the school’s innovative third-year curriculum by adding the Washington D.C. semester.

“As a senior leader and scholar both at W&L and other institutions, Nora will bring a wealth of higher education experience to St. John’s,” said Michelle Drumbl, interim dean of the law school. “We wish her the very best as she assumes the presidency there.”

Demleitner received her J.D. from Yale Law School, her B.A. from Bates College, and an LL.M. with distinction in International and Comparative Law from Georgetown University Law Center. After law school Demleitner clerked for the Hon. Samuel A. Alito, Jr., then a member of the U.S. Court of Appeals for the Third Circuit. She testified in front of the U.S. Senate on behalf of Justice Alito’s nomination to the U.S. Supreme Court.

Demleitner’s first academic position came in 1994 when she joined the faculty at St. Mary’s University School of Law in San Antonio, where she also served as the director of LL.M. programs. She joined Hofstra in 2001 as a faculty member.  After serving as academic dean in 2006 and interim dean in 2007, she became that law school’s first female dean in January 2008.

Demleitner teaches and has written widely in the areas of criminal, comparative, and immigration law. Her special expertise is in sentencing and collateral sentencing consequences. She is an editor of the Federal Sentencing Reporter, and serves on the executive editorial board of the American Journal of Comparative Law.