The award goes to graduate of WCL’s clinical program “whose career reflects core principles of the Clinical Program, including client-centeredness, reflective lawyering, seeking justice, and a commitment to training law students and junior lawyer.”

Milstein, for whom the award is named, has been a leader in the development of the concepts and methods that are the basis for in-house clinical education programs across the U.S.  He was president of the Association of American Law Schools in 2000, the first clinical teacher elected to that position. He was dean of the Washington College of Law from 1988 to 1995 and also served one year as interim president of American University.

At W&L, Shapiro teaches Criminal Law and Criminal Procedure as well as the Criminal Practice Practicum. He has practiced criminal law in the federal and state courts for more than 40 years, and has been listed for years in the Washington Magazine’s survey of best criminal lawyers.  Among his more notable cases, he represented accused spies Harold Nicholson, a CIA station chief, and NSA employee Brian Regan.  Along with his partner Peter Greenspun, he represented “Beltway Sniper” John Allen Muhammad.

Shapiro was previously a clinical instructor at WCL, where he was also the director of the Institutionalized Persons Clinic.  Shapiro was honored by WCL in 2001 with the Peter Cicchino Alumni Award for Outstanding Advocacy In The Public Interest Within The United States. More recently, he was honored by the Capital Area Immigrants’ Rights (CAIR) Coalition for pro bono work in the immigration field. 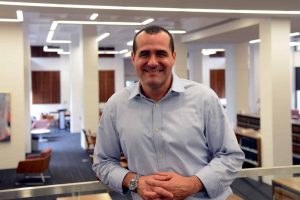