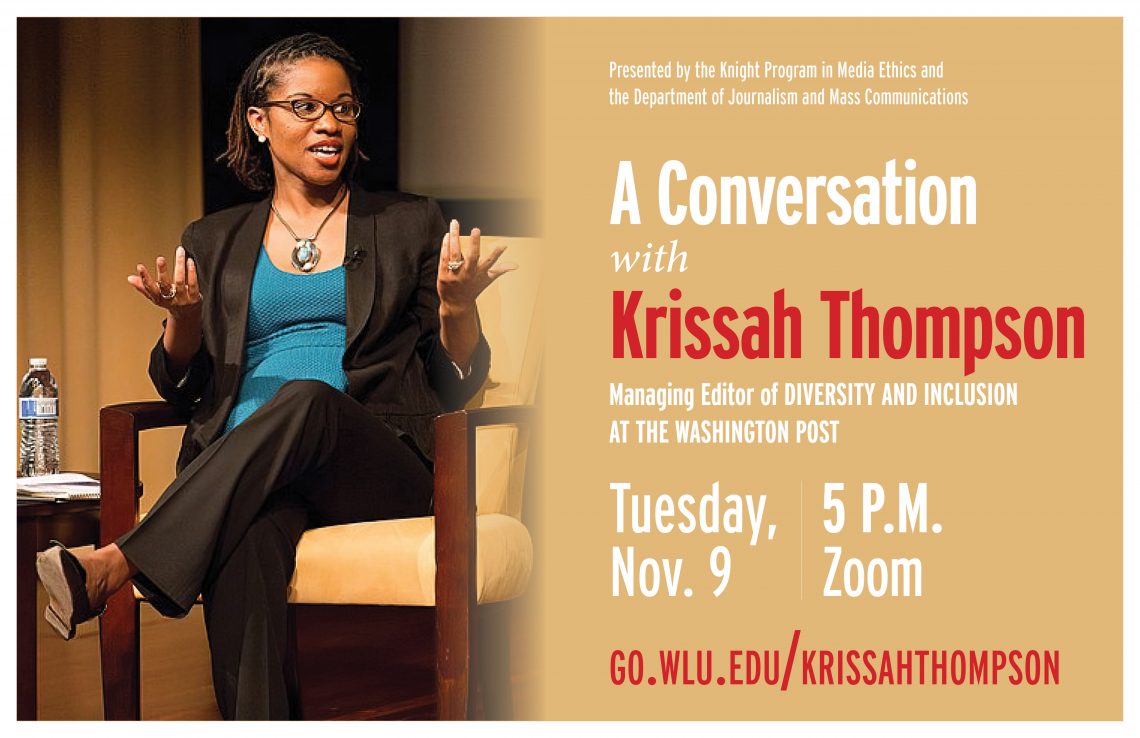 Aly Colón, the Knight Professor in Journalism Ethics at Washington and Lee University, will host a conversation with Krissah Thompson, The Washington Post’s managing editor of diversity and inclusion, on Nov. 9 at 5 p.m. via Zoom.

The conversation is free to watch, but registration is required and can be accessed online by visiting go.wlu.edu/krissahthompson.

Thompson is the first Black woman to work as a managing editor at The Washington Post. During her time in journalism, she has covered the first lady’s office at the White House, politics and culture. She has also covered American presidential campaigns and written about civil rights and race.

Her role as editor and the creation of the diversity and inclusion section of The Washington Post stemmed from conversations surrounding the murder of George Floyd in 2020 that sparked further thoughtfulness about inclusion, equality and equity in the newsroom and around the country. Thompson will dive into that topic in her conversation at W&L.