W&L Presents Senior Recital Featuring Coletta Fuller ’21 On April 3 at 8 p.m., Fuller will showcase her insight and creativity in a series of original compositions performed by W&L student performers. 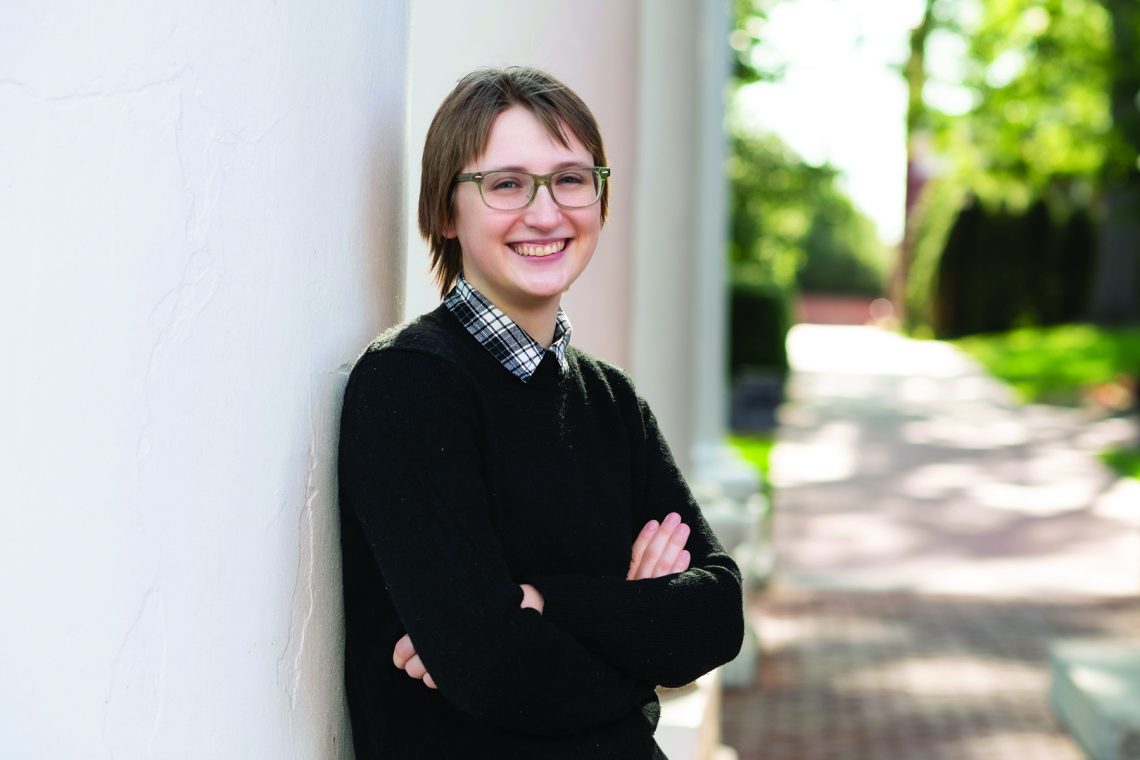 The performance will be streamed online at https://livestream.com/wlu. Tickets are not required.

A Johnson Scholar, Coletta Fuller ’21 is majoring in music and computer science and minoring in creative writing. She has composed music for a wide assortment of instrumentalists and vocalists during her composition studies. During the performance, Fuller will showcase her insight and creativity in a series of original compositions performed by W&L student performers.

Fuller will also be featured in the University Orchestra and Wind Ensemble Concerto-Aria Concert on April 5.

At W&L, Fuller has been heavily involved in music since her first year. While a cellist at heart, she serves as co-section leader of the violas in the University Orchestra and percussion section leader in the University Wind Ensemble. Fuller is also a member of the instrumental Conducting Mentorship Program and has conducted and taught both the Orchestra and Wind Ensemble.

At W&L, Fuller has studied composition under Terry Vosbein, professor of music.

“He has not only taught me the technical and musical aspects of composition, but has encouraged my creativity and growth as a composer,” Fuller said. “We’ve had a lot of fun during my lessons over the past few years, and that interaction is reflected in my music.”

Fuller is working on an honors thesis in computer science using evolutionary algorithms to control drones while in simulation. Following graduation, she hopes to conduct research or become a software developer, focusing on machine learning and the building of instruments.