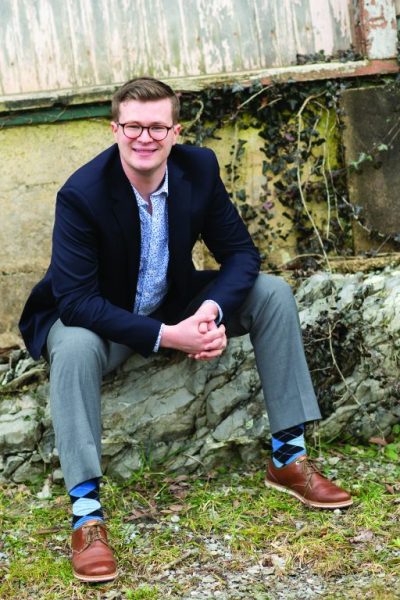 Levi Lebsack ’21, a Washington and Lee University senior, will perform selections for his senior recital by George Frideric Handel, Franz Schubert, Wolfgang Amadeus Mozart, Francis Poulenc and others on March 7 at 3 p.m. Lebsack, a tenor, is a music major from Fort Worth, Texas.

The performance will be streamed online at https://livestream.com/wlu.

Lebsack is a member of the University Singers and the W&L Glee Club. He has studied voice, conducting, composition, organ and piano during his time at the university.

In March, Lebsack will also perform the role of Professor Bhaer in the Winter 2021 Bentley Musical “Little Women: The Broadway Musical.” His acting credits include the W&L Winter 2020 Bentley Musical “Considering Matthew Shepard.”

While at W&L, Lebsack founded the Refuge Chamber Choir, comprised of students from W&L and Southern Virginia University, which focuses on modern choral works and lesser-known works from outside the historical choral canon. Refuge Chamber Choir has had featured performances at Songwriters Showcases of America 2019, MockCon 2020 and Grace Episcopal Church in Lexington.

Lebsack has also worked as a music intern at Grace Episcopal Church since the fall of 2019, directing and rehearsing the church choirs, accompanying services and composing choral anthems and hymn preludes for weekly services.