W&L Presents ‘The Moors,’ Jen Silverman’s Twisted Take on Gothic Romance The show will run for three nights: May 17-19. Tickets are required. 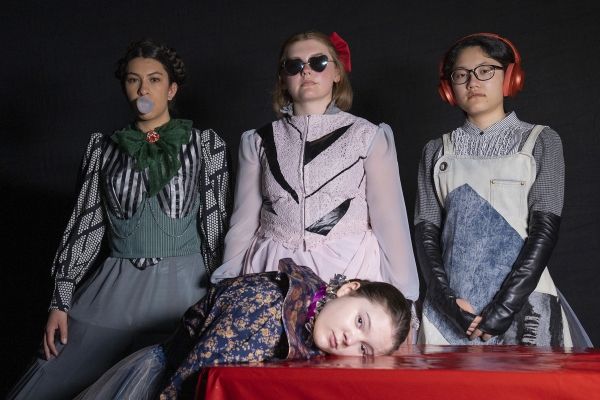 Washington and Lee University presents “The Moors,” a dark and mysterious play, on May 17-19 at 7:30 p.m. in the Lenfest Center’s Johnson Theatre on the W&L campus.

The show is open to the public, and tickets are required. Visit https://my.wlu.edu/lenfest-center/the-moors to purchase tickets.

“The Moors,” by playwright Jen Silverman, is a new take on Gothic romance, where the rules of both the genre and the world defy tradition and expectation. The plot follows a governess, Emilie, who joins two spinster sisters, Agatha and Huldey, at their house on the moors to take care of their brother’s child. Emilie ends up involved in a shocking family drama and an unexpected romance. Meanwhile, the Mastiff, a dog with a philosophical approach to the world, falls dangerously in love with a Moor Hen. And both the house and the maid shift constantly to accommodate the changing circumstances.

“One of the things in the modern entertainment industry that frustrates me is the predictability of what we see. I like to shock people,” said Jemma Levy, the show’s director. “Something shifts when you’re shocked. Your brain is engaged in a new way. This play shocks people and makes them believe that there are other ways to think about things.”

Silverman was one of W&L’s Ruth E. Flournoy’s visiting playwrights for the academic year. During a discussion of “The Moors,” W&L students agreed that the play reflected the universally weird reality people must face. It also made them think about all the existing possibilities outside their comfort zone and defy their expectations.

“The Moors” premiered at Yale Repertory Theatre in February 2016. A year later, the play received its New York premiere with The Playwrights Realm. 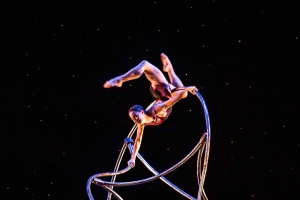