Domnica Radulescu, the Edwin A. Morris Professor of Romance Languages and director of the Medieval and Renaissance Studies Program at Washington and Lee University, will debut her new play, “Exile is My Home,” at the Theater for the New City, on the Lower East Side of Manhattan, for a four-week run beginning April 28.

Billed as a “sci-fi immigrant tale,” “Exile is My Home” is the story of Mina and Lina, a refugee couple from the Balkans traveling through the galaxy in search of a planet to call home.

“The play combines absurdist comedy, irony and suspense to raise consciousness about the current international refugee crisis and the complexity of issues related to it,” said Radulescu. “It’s a very different style of writing than in my novels and was fun to explore creatively. I would describe it as a tragic-comic play with a lot of dark humor. It’s an intergalactic story, with fairy tale motifs and constant references to wars and genocides, but the main theme is about the wrenching search for home. Where does one belong? Where is home? It can be many places and also nowhere, and that great confusion is the constant tension that moves the action of the play.”

Radulescu, who has written, edited or co-authored 13 books, including her newest novel “Country of Red Azaleas” (Twelve of Hachette Publishing, 2016), has also written and directed numerous plays. A full production of “Naturalized Woman: A Quilting, Surrealist Project about Immigrant Women” was staged for the first time at the Thespis Theater Festival, off off Broadway, in New York City, in 2012. Two other of Radulescu’s plays had staged readings that year — “The Romanian Reunion: A Country That Devours Its Own” at the Comparative Drama Conference in Baltimore and “No Hay Luz and the Search for Red Bougainvilleas” at The Playwright Center in Minneapolis. Radulescu directed both “4:48. Psychosis” by Sarah Kane and “Nine Parts of Desire” by Heather Raffo at Cluj National Theater, Romania, in 2008.

Her play “The Town with Very Nice People: A Strident Operetta” won second place in the 2013 Jane Chambers Playwriting Contest of the Association for Theater in Higher Education. The following year,  “Exile is My Home” received an honorable mention in the same contest and received high praise from the jury: “Moving, epic, feminist and comedic, this highly theatrical play evokes the human, social and political complexities of exile with depth, humor and adaptive re-invention.”

In developing “Exile is My Home,” Radulescu was inspired, among other things, by a quote by the late Edward Said, a professor at Columbia University and the author of the seminal work “Orientalism” who said, “Exile is the unhealable rift forced between a human being and a native place, between the self and its true home: its essential sadness can never be surmounted.”

Radulescu said, “That quote hit me right in the gut. It resonated so profoundly with me. However, there is also a bright side to exile and as the poet Joseph Brodsky once said: the exile or refugee is someone who “is running away from the worse toward the better.”  While not having a home is devastating, it is also a state of being that offers great freedom and opportunities. It opens you up for adventures and new beginnings for reinventing and recreating yourself. My characters in the play take advantage of that.”

http://theaterforthenewcity.net/exileismyhome.html. You can watch an interview with Radulescu and two of the cast members on Bronx Media.

Radulescu joined the W&L faculty in 1992. In addition to teaching courses in French language and literature and in Italian Renaissance literature, she is the co-founding chair of W&L’s Women’s and Gender Studies Program and is the founding organizer and director of the National Symposium of Theater in Academe. She is the 2011 recipient of the Outstanding Faculty Award from the State Council of Higher Education for Virginia. 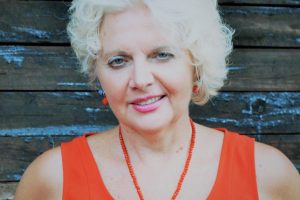