W&L to Award Honorary Degree at 2019 Commencement W&L will recognize the outstanding contributions of professor and alumnus Ted DeLaney ’85.

“Ted represents the very essence of all that we value in higher education, and this university has been far better for his presence in our midst these past 56 years.” 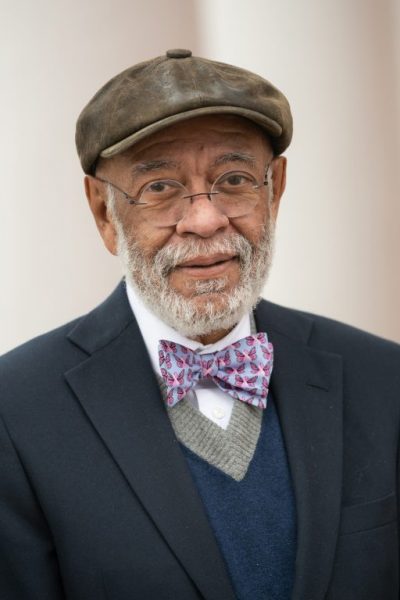 Washington and Lee University will recognize the outstanding contributions of professor and alumnus Ted DeLaney ’85 with an honorary degree at the university’s 232nd commencement ceremonies on May 23, 2019.

Ted DeLaney first joined the Washington and Lee community as a 19-year-old, when he was hired as a custodian on the campus. Professors in the biology department quickly recognized his potential and hired him as their lab technician. For the next two decades, DeLaney was an integral member of the campus community, indispensable to faculty and staff and admired by students.

DeLaney taught at The Asheville School for several years before earning a Ph.D. in American history from the College of William & Mary. After a brief time teaching history at the State University of New York at Geneseo, he returned to Lexington and his alma mater in 1995 as an assistant professor of history.

During his 24 years on the W&L faculty, DeLaney has been widely recognized for his mentorship of students. He introduced new courses in the histories of the disadvantaged, disenfranchised and oppressed and co-founded the Africana Studies Program. He has served as head of the department of history and held the Redenbaugh Term Professorship.

Most recently, DeLaney has been instrumental in efforts to help the institution better understand its own history, by designing and teaching a course on the history of the university, as well as serving on both the Commission on Institutional History and Community and the Working Group on the History of African Americans at Washington and Lee. His research into John Chavis, the first African American known to receive a college education in the U.S., was instrumental in bringing his remarkable story to the fore at Washington and Lee.

In nominating DeLaney for the degree, his fellow faculty and alumni said that “he represents the very essence of all that we value in higher education, and this university has been far better for his presence in our midst these past 56 years.”