W&L Welcomes New Trustee Helen Sanders Sanders joined the W&L Board of Trustees on May 19.

Helen H. Sanders, of Hughes Development Corp. (HDC), in Greenville, South Carolina, joined the Washington and Lee University Board of Trustees on May 19, at the board’s spring meeting in Lexington. 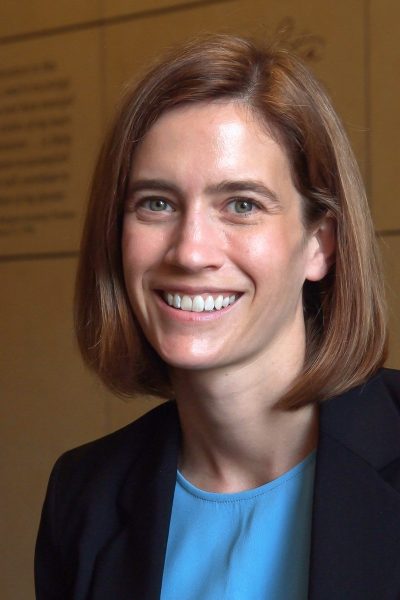 Sanders graduated from W&L in 2004 with a B.S. in business administration, and from Clemson University in 2009 with a master’s of real estate development.

While at Washington and Lee, Sanders served three years on the Executive Committee of the Student Body and was the first undergraduate woman to serve as its president. She also served as an Outing Club trip leader and a manager for the Traveller Safe Ride Program, and played on the varsity basketball team in her first year. She belonged to Kappa Kappa Gamma sorority, coached basketball for Rockbridge Area Recreation Organization, tutored an eighth-grader at Lylburn Downing Middle School, and volunteered at the Kendal at Lexington retirement community. As an alumna, she continued to serve W&L as president of the South Carolina Piedmont Alumni Chapter, on the Class of 2004 fifth reunion committee, and as co-chair of the Class of 2004 10th reunion committee.

In her community, Sanders participated in the Chamber of Commerce’s Leadership Greenville program, belongs to Christ Church Episcopal, and advocates for pediatric congenital heart disease. Sanders is married to Ansel Sanders (also a 2004 alumnus of W&L), and they have three young daughters, Field, Walker and Stuart.