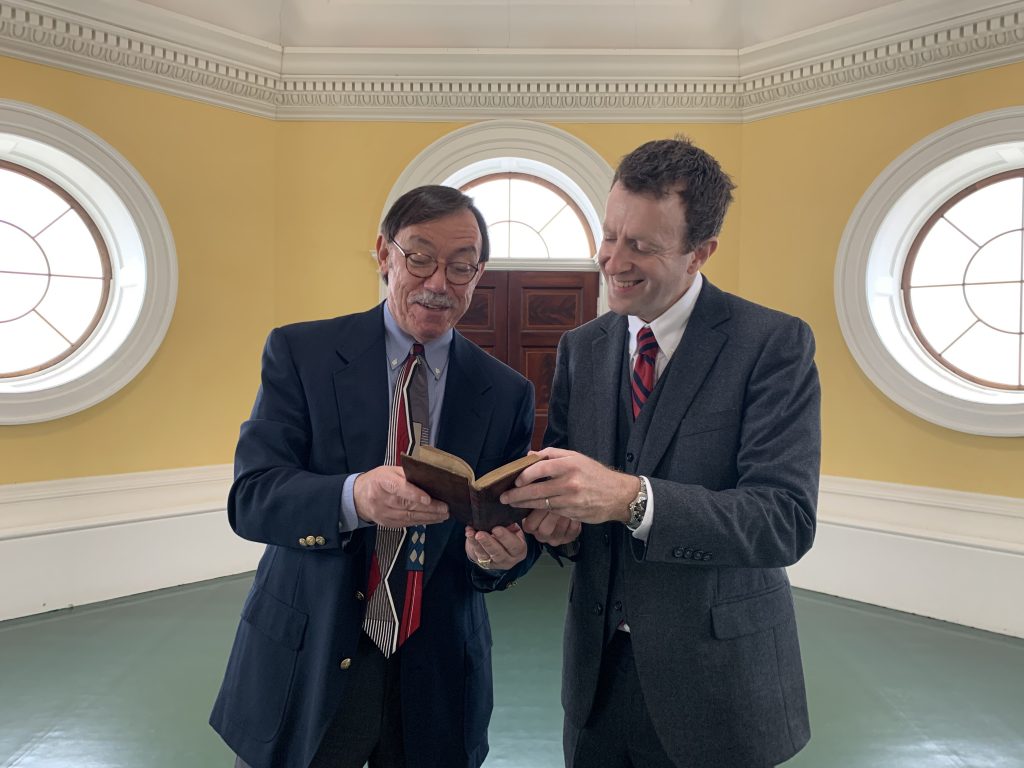 Brian Alexander, assistant professor of politics at Washington and Lee University, has been awarded a domestic fellowship at the International Center for Jefferson Studies (ICJS) at Monticello to develop his research on how Thomas Jefferson helped shape the rules followed by the U.S. Congress and legislatures around the world.

“Among his many accomplishments, Thomas Jefferson is not often recognized for his role in the development and promotion of parliamentary law,” Alexander said. “However, closer inspection of this topic opens new avenues for scholarly consideration of Jefferson’s efforts on republican governance and provides a new perspective on Jefferson’s lasting influence on American life.”

Alexander will undertake the ICJS fellowship in summer 2020. His aim is to produce a definitive 1812 edition of the “Manual of Parliamentary Practice,”an introductory editorial essay suitable to both scholarly and popular audiences, and a book manuscript to submit to a trade publisher for a new 1812 edition of Jefferson’s “Manual” printed according to Jefferson’s last word on the subject.  An additional aspect of this research is made possible by the unique copy of Jefferson’s “Manual” owned by W&L’s Special Collections containing handwritten annotations by Jefferson, which Alexander is the first to analyze.

The ICJS fellowship program for domestic and international scholars promotes research of Jefferson’s life and times and the community at Monticello. Since its founding, the ICJS has hosted over 400 domestic and international scholars from the U.S. and 25 countries around the world.  For more information, contact Professor Brian Alexander (alexanderb@wlu.edu) or visit the ICJS here.