W&L’s Art Goldsmith is President-Elect of the Southern Economic Association His one-year term as the organization's president will start November 2021. 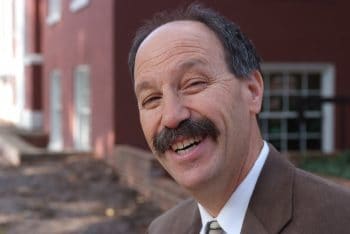 Art Goldsmith, Jackson T. Stephens Professor of Economics at Washington and Lee University, is the president-elect of the Southern Economic Association (SEA). His one-year term as the organization’s president will start in November 2021. In the association’s 92-year history, only three SEA presidents were faculty members at a liberal arts college.

The SEA is one of the oldest and largest economic associations in the U.S. Founded in 1928, the organization’s purpose has been to further the education of scholars and the public in economic affairs.

Goldsmith’s principal responsibility will be to organize the 2021 SEA Conference Nov. 20-22, 2021. The conference brings together 1,800 attendees and offers 500 sessions, including over 100 invited presidential sessions. The organization has hosted an annual meeting since 1928 and has published the Southern Economic Journal since 1933, which is the eighth-oldest American scholarly journal in economics.

“As president, I intend to continue and expand efforts to ensure the diversity of the organization and to recruit new and exciting young scholars to the Southern Economics Association,” Goldsmith said.

At the end of his year as the association’s president, Goldsmith will deliver a presidential address at the SEA’s 2022 meeting. He will then serve on the organization’s board of trustees for two more years as a past president and chair the Kenneth G. Elzinga Distinguished Teaching Award Committee.

Goldsmith joined Washington and Lee’s Economics Department in 1990 and, in 1995, became the inaugural holder of the Jackson T. Stephens Chair. Before coming to W&L, Goldsmith was a member of the economics department at the University of North Carolina at Chapel Hill and the University of Connecticut at Storrs. He has been a core faculty member in the Shepherd Program for the Interdisciplinary Study of Poverty and Human Capability at W&L since 2005. Currently, he serves on the editorial board of the Review of Black Political Economy and the Review of Behavioral Economics.

Goldsmith was elected to a four-year term on the SEA board of trustees in 2000 and served as vice-president of the association from 2007-09. SEA allowed Goldsmith the opportunity to present research early in his career, and according to him, “to meet and learn from other scholar-educators for well over 30 years.”

In 2002, he led an initiative to establish sessions at the SEA annual meeting where graduate students are the presenters, and professional economists serve as their discussants, allowing the students to receive valuable and relevant feedback from experts in the field. He also worked with the SEA president in 2001 to establish an award to honor teaching excellence.