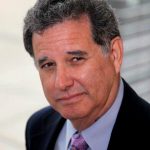 In the piece, Colón states Fox News’ decision to ignore the primetime television House select committee hearing dedicated to the Jan. 6, 2021, attack on the U.S. Capitol represented a “breach” with regard to informing its audience.

“It leaves that audience not able to witness, at this stage, what other points of view are being advanced in the space,” Colón says.