By Washington and Lee University
December 11, 2017 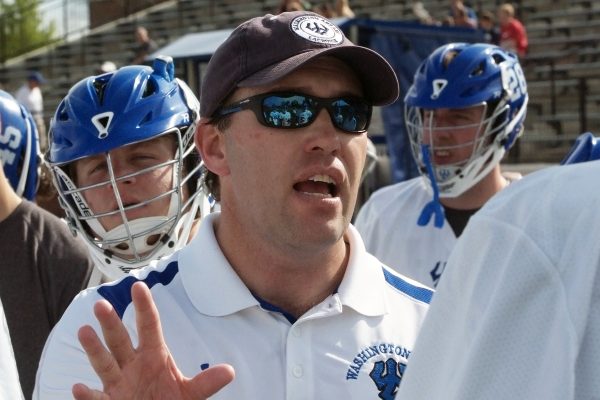 ROCHESTER, N.Y. – The United States Intercollegiate Lacrosse Association (USILA) has announced that Washington and Lee Head Coach Gene McCabe will be appointed as president of the organization at the annual Intercollegiate Men’s Lacrosse Coaches Association (IMLCA) convention in Baltimore.

McCabe, who currently serves the organization as vice-president, will serve a two-year term beginning December 8. He replaces Empire 8 Commissioner Chuck Mitrano, who finishes his term as president.

“Gene has contributed tremendous energy and thoughtful insight as USILA Vice-President,” said Mitrano. “Those tools will serve the organization well as he steps into the presidency during an important time in our evolution. The USILA is in exceptional hands.”

“On behalf the USILA, I want to thank Chuck Mitrano for the time, energy, and leadership he gave to the USILA,” said McCabe. “His guidance was pivotal during an important transition period for our association. I am honored to serve the USILA board and our member institutions in this capacity.”

McCabe added “It is an exciting moment in time for the USILA and the overall growth of our sport. I am looking forward to working with our executive board to bring as much value to our institutions as possible and foster the growth of lacrosse at the collegiate level.”

McCabe is in his 12th season as the head coach of the W&L men’s lacrosse program. He has led the Generals to a 129-68 (.655) overall record, two Old Dominion Athletic Conference Championships and three NCAA Tournament berths. McCabe can surpass Jim Stagnitta (1990-2001) as the program’s all-time wins leader with eight more victories.

W&L has compiled double-digit wins in eight of McCabe’s 11 seasons to date, including a school-record 16 victories during the 2009, 2013 and 2016 seasons. The 2009 and 2016 teams both won conference titles, while all three teams advanced to the second round of the NCAA Division III Tournament.

Prior to taking over as head coach at W&L, McCabe spent five seasons as the head coach at Hamilton College, leading the Continentals to a 54-18 (.750) overall record. He was named the USILA Division III National Coach of the Year in 2003 after leading Hamilton to a 15-3 record and a Liberty League title. That team also advanced to the quarterfinals of the NCAA Tournament.

McCabe is in his second stint with the Generals after serving as an assistant coach from 1998-2001. During that three-year run, the Generals posted a 43-5 (.896) overall record and a 17-1 mark in the Old Dominion Athletic Conference while achieving a No. 1 National Ranking in 1999 and 2001. Additionally, W&L won two ODAC Championships and participated in the NCAA Tournament twice, advancing to the semifinals in 2000.

McCabe graduated from Bates College in 1995 with a bachelor’s degree in European history. At Bates, he lettered in both lacrosse and football.

Founded in 1885, the USILA provides awards services to every NCAA Division I, II, and III men’s lacrosse program in the country. The association is entrusted to enhance and develop intercollegiate lacrosse by providing leadership, management, and services to its membership so that student-athletes, coaches, institutions, and other constituent groups will realize the maximum benefit from the sport of lacrosse.