W&L’s Hathorn to Receive Administrator of the Year Award Jan Hathorn is set to begin her 13th year as head of the university's physical education and athletics programs. 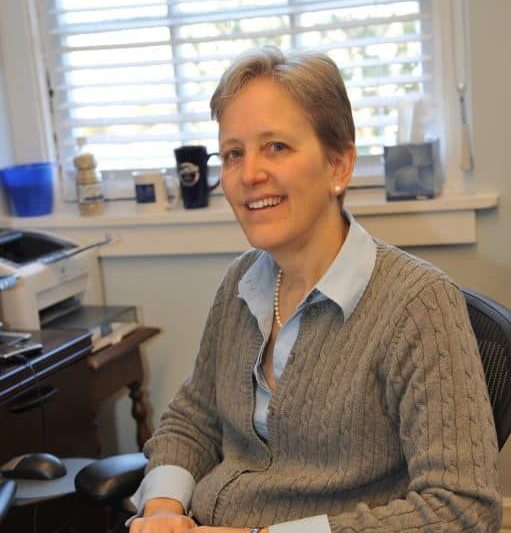 KANSAS CITY, Mo. – Women Leaders in College Sports has announced that Jan Hathorn, the Washington and Lee Michael F. Walsh Director of Athletics, has been selected to receive the organization’s 2019 NCAA Division III Administrator of the Year Award.

Hathorn will be presented with her award at the Jostens Administrator of the Year Luncheon at the 2019 Women Leaders National Convention held in Phoenix, Ariz., on October 15. She is one of eight female leaders who will receive an award. Others include Carla Williams of Virginia (NCAA DI FBS), Sharon D. Brummell of Georgetown (NCAA DI FCS), Dr. Renae Myles of Winthrop (NCAA DI), Karen Stromme of Minnesota-Duluth (NCAA DII), Robin J. Harris of the Ivy League (Organization) and Brooke Henze of Lewis-Clark State College (NAIA/NJCAA/CC). Dr. China L. Jude of Wyoming will receive the Nell Jackson Award as an advocate for gender equity and diversity.

“Being honored in this way by Women Leaders in College Sport is one of the highest honors of my career,” noted Hathorn. “I am so very flattered, especially considering the other honorees this year. I want to thank my friends and peers who nominated me. They are the reason why my career has been so richly blessed. I would also like to thank the Women Leaders in College Sport awards committee for selecting me. I’m looking forward to celebrating in October.”

Hathorn is set to begin her 13th year as the head of the university’s physical education and athletics programs. She is the first woman to serve in the position and is just the seventh director of athletics in the school’s history.

Under Hathorn’s leadership, the Generals have won better than 60 percent of their athletic contests and 97 conference championships. Additionally, W&L has been awarded the Dan Wooldridge Champions Cup as the top overall athletic program in the Old Dominion Athletic Conference following all 12 of her years as athletic director.

W&L has enjoyed some of the best seasons in the history of the school in Hathorn’s tenure. In 2018-19, Washington and Lee won a league-record 13 Old Dominion Athletic Conference championships and swept all three of the ODAC’s Director’s Cups as the top overall athletics program. In addition, the Generals placed 17th out of 448 Division III schools in the NACDA Director’s Cup standings.

Academic achievement has always been at the forefront for W&L athletics under Hathorn’s leadership. A record 335 students earned scholar-athlete status during the 2018-19 school year and a total of 15 students have been awarded the prestigious NCAA Postgraduate Scholarship during Hathorn’s tenure. A total of 39 more have been named the CoSIDA Academic All-America teams.

Hathorn plays an active role within the NCAA and served on the NCAA Management Council from 2011-15. During this time, she was a part of the Honors Committee, the Postgraduate Scholarship Committee and the Division III Subcommittee for Legislative Relief. She also served as a panelist for the 2019 NACDA/NADIIIAA summer forum and the 2016 NCAA Inclusion Forum in Indianapolis.