W&L’s Native American and Indigenous Cohort Focuses on Sustainability This year’s series revolves around revitalization of Indigenous lifeways and is titled "Indigenous in Rockbridge and the Interior: First Peoples, Land and Sustainability." 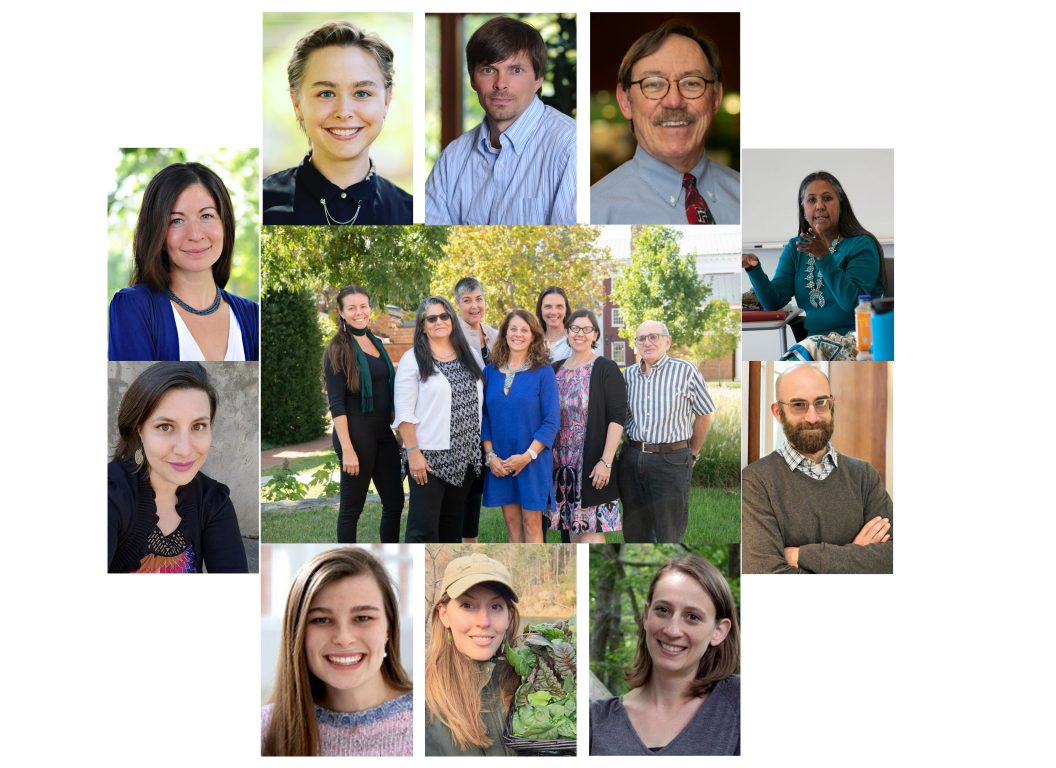 The cohort was founded by W&L faculty and staff with native heritage.

Before George Washington donated his one hundred shares of stock in the James River Canal Company to Liberty Hall Academy — now Washington and Lee University — its land was and remains the homelands of the Eastern Siouan peoples, who continue their stewardship today. The oral histories of their descendants, the Monacan Indians, place them in Virginia’s interior as far back as 10,000 years before Spanish explorers arrived in the 1500s.

The Native American and Indigenous Cohort at W&L is continuing to learn the historical, cultural and environmental stewardship practices of the Monacans and other Indigenous peoples of the region. The cohort is celebrating its third yearlong series to share this knowledge on the W&L campus. This year’s series revolves around the revitalization of Indigenous lifeways and is titled “Indigenous in Rockbridge and the Interior: First Peoples, Land and Sustainability.”

“There is a long and fascinating history of the Indigenous people who inhabited the land associated with the interior of Virginia along the James, Rappahannock and Roanoke Rivers,” said Jessica Wager, executive assistant to the provost and a founding member of the cohort. “We often look at the history of Virginia Indians through the lens of the early European explorers and settlers, but rarely do we think about the activities of daily living through the Indigenous peoples’ eyes.”

The cohort was founded by W&L faculty and staff with native heritage, in addition to the inaugural Director of Institutional History and Museums, Lynn Rainville. The group seeks to illuminate Indigenous histories and cultures in collaboration with W&L campus colleagues and the broader community.

“When sharing the history of W&L, one goal of the cohort is that we start at the beginning with the land and the first peoples of this continent,” said Kelly Fujiwara, W&L special events coordinator and founding member of the cohort. “Their care of this land and the rich history that is still present today are owed entirely to the fruits of their labor. We need to remember who was here and where we came from before we can understand where we are going.”

The first public discussion for this year’s series will feature Victoria Persinger Ferguson, an enrolled member of the Monacan Indian Nation. The public lecture is scheduled for Sept. 20 at 6 p.m. and is titled “The Indigenous Peoples of the Interior: from the Woodland Period up to colonization.” The lecture is free and open to the public to attend in person at the outdoor amphitheater between Leyburn Library and Elrod Commons on the W&L campus.

The presentation will shine a light on the Eastern Siouan peoples and discuss life in their towns during the Woodland Period through early colonization by European settlers.

Ferguson is a graduate of Marshall University. She has spent 25 years seeking first-person documentation and archaeological data to help explain and support theories on the daily living habits of the Eastern Siouan populations up through the early European colonization period.

Ferguson has written and presented work at Virginia Tech, W&L, Sweet Briar College, James Madison University and many archaeological conferences. She also took part in two PBS documentaries: “Virginia Indians: Reclaiming our Heritage” and “Pocahontas Revealed.” She is the author of the children’s book “Dark Moon to Rising Sun” and continues to research and write historical works, including the recently completed nonfiction book “Fan Me with a Brick.”

On Oct. 18 at 7 p.m., the cohort will present a public virtual lecture by Elizabeth Rule, assistant professor at American University, titled “Native Americans and Blood Quantum.” Rule will discuss factors that shape contemporary Indigenous identities in the United States, including the history of blood quantum, politics of federal recognition, policies around tribal enrollment and how to be an ally to Indigenous communities. Rule is the director of the AT&T Center for Indigenous Politics and Policy, assistant professor of professional studies, director of the Semester in Washington Politics Program and faculty in residence at the George Washington University. She is an enrolled citizen of the Chickasaw Nation.

Other cohort-sponsored programs and events this fall include a Food and Social Justice series, multiple events with the Native American student group on campus, film screenings and more. Visit the Campus Events page later this fall for more information on each event.

“Whether you are an enrolled member of a tribe, have a family tie to a native lineage or are just interested in learning more about Native American topics we are bringing forward, you are welcomed to every event we sponsor,” said Fujiwara.

The Native American and Indigenous Cohort invites community members interested in learning more to email them at native@wlu.edu.

The Native American and Indigenous Cohort’s mission is to improve American Indian awareness and education on the W&L campus in order to provide a welcoming, vibrant and culturally sensitive environment for students and employees who identify as American Indian and those who support the issues faced by American Indians today.