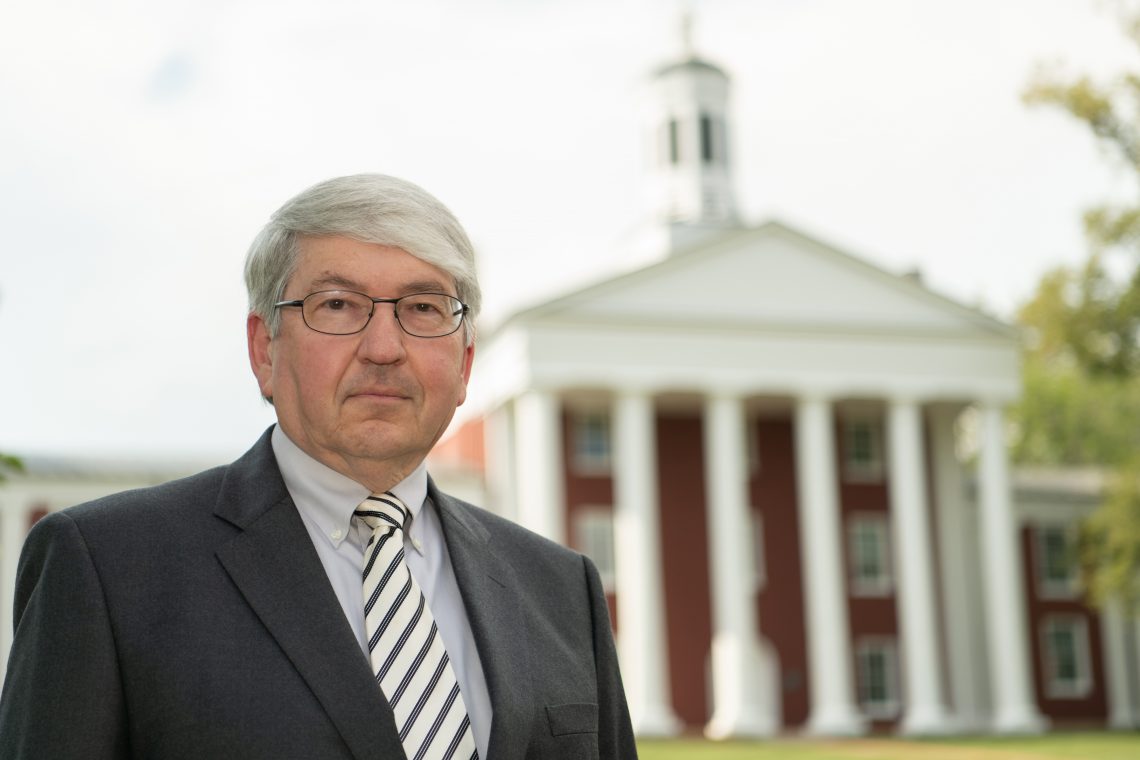 Robert Strong, William Lyne Wilson Professor in Political Economy at Washington and Lee University, will address W&L’s 2019 Fall Convocation at 5:30 p.m. on Wednesday, Sept. 4 on the Front Lawn of the W&L campus. Strong’s talk is titled “George Washington and Education.”

“Bob embodies the liberal arts commitment of W&L,” said Marc Conner, W&L provost. “His topic for Convocation will focus on George Washington and education, bringing together an acute study of one of our founders with the whole question of education and how it is appropriate to the American project.”

“When I worked in Washington Hall in the Provost’s Office, I did lots of reading about George Washington and gave a number of talks to alumni, parents and student groups about various aspects of his life, including his thoughts and actions on the subject of higher education,” said Strong. “I always enjoyed talking to W&L groups about George because he often gets less attention in our institutional history than Robert E. Lee. Lee’s connection to W&L was closer since he served as president in a pivotal period, but Washington is the general who won his war.”

“Bob Strong is without question one of our most distinguished professors, with an unmatched history of service to the university,” said Conner. “He is a leading scholar on the U.S. presidency, having published and spoken widely on the presidency and foreign relations, in particular. Last year he taught a seminar on ‘Issues in Foreign Affairs,’ and this fall he’s offering a seminar on the timely theme of ‘presidential impeachment.’”

Fall Convocation is the traditional opening of Washington and Lee’s academic year. This year will mark the university’s 271st academic year and the 171st year of the School of Law.

The convocation address will be streamed live online at https://livestream.com/wlu/fall-convocation-2019