The following opinion piece by Mark Rush, Waxberg Professor of Politics and Law and director of international education at Washington and Lee, appeared in the Richmond Times-Dispatch on November 6, 2016, and is reprinted here by permission. 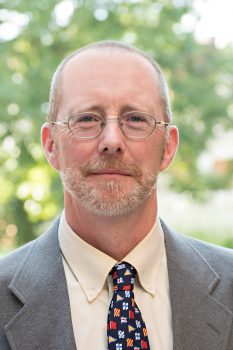 The Clinton/Trump election really should have come as no surprise. Historians of American politics and elections have used a common shorthand to measure American political development: roughly every 30-40 years, the country undergoes a sea change. Based on that timetable, the Clinton/Trump election really is not the debacle it seems to be. Instead, it is symptomatic of the normal ebb and flow of American elections.

The first “era” of U.S. elections ran from the election of George Washington to the election of Andrew Jackson. This was an era of paleo-party politics. Jackson ended that as he organized the first, great mass presidential campaign and built the foundations of the Democratic Party organization.

The second era ran from Jackson to the period just before the Civil War. Political parties had risen and fallen and there were essentially two big ones: Jackson’s Democrats and the Whigs. The latter were ripped apart over the slavery question. Their demise gave rise to the Republican Party. This era was not unlike our current one. Back then, the Civil War manifested the tremendous pressures on the political system emanating from national growth, nascent industrialization and, of course, slavery. The result was the third political era that ran roughly to 1896.

McKinley’s defeat of William Jennings Bryan established the fourth era. With the end of Reconstruction, the Democrats had begun to re-establish themselves as a competitive political force across the country. But, economic fears and the peculiar, extreme populism of Bryan drove voters across the political and economic spectrum toward the party of Lincoln.

Franklin D. Roosevelt’s election in 1932 marked the start of the fifth era. The GOP bungling of the Depression left so many Americans in such dire straits that they flocked in droves to the Democrats and the New Deal. 1932 was the prototypical “realignment” that embodies a great shift of voters from one party to another. It became the talismanic example of the critical election that punctuated U.S. political history.

Scholars waited in vain for the next realignment. There was no electoral earthquake apropos 1932. Instead, in the early 1970s the country experienced “dealignment” as we introduced the direct primary and forced political party organizations to cede control of the nomination process, and we lowered the voting age to 18. The result was an increase in the number of independent voters who professed no consistent allegiance to either party. Political issues had become too complex to fit neatly into a simple, liberal-conservative dichotomy. Issues, not party affiliation, ruled the day.

So, the sixth era did not begin with the sort of electoral earthquake that occurred in 1932. The New Deal party system came to a slower end marked by the Reagan Revolution in 1980 and the re-establishment of the Republican Party as a competitor in congressional elections. The high point of the Reagan era might have been the fall of the Berlin Wall. But it was also the death knell of the GOP ascendancy. Without a strong Cold War position to anchor its politics, the party began to splinter into the factions that manifest themselves in recent presidential primaries as the party has been unable to control who challenges for its leadership.

The Reagan era began in 1980. Thirty-six years later, we are due — and on time — for the start of the next era in U.S. politics. The times have symptoms that we’ve seen in prior electoral revolutions: widespread economic fears, deep divisions within the political parties, proliferations of candidates and single-issue movements… The list goes on.

While the stakes may not be as dire as those that led to the Civil War, there is still no question that the stakes in this election portend that the scope of change may dwarf that of prior electoral revolutions. The Republican Party is in disarray. It is possible that Donald Trump’s candidacy will divide the GOP in the same way that slavery led to the demise of the Whigs. His nomination victory exposed a potentially lethal leadership vacuum in the party. The Democrats are hardly united. Bernie Sanders’ crusade and the power of Elizabeth Warren’s voice demonstrate that the party is failing its more liberal wing and could be as divided as the GOP.

Around the world, we’ve seen similar patterns. Our Occupy Wall Street and campus protests are echoes of the Arab Spring. In the U.K., concerns about immigration and economic self-determination led to a disastrous (and clearly unforeseen) victory for Brexit. Similar concerns about immigration have swept across Europe. Spain is now approaching a full year without a stable government. It faces a third election in 12 months.

Opinion polls continue to indicate that the Clinton/Trump election of 2016 may be grounds for despair as Americans face a choice between candidates with incredibly low approval ratings. But their candidacies are symptomatic of the times. History suggests that this election is and will be about much more than either candidate: 2016 will be an election that re-orients the course of American and global politics as the nation and the world wrestle with issues that have proven to be intractable for our current political parties and electoral processes.