The following opinion piece by Bob Strong, William Lyne Wilson Professor of Politics at Washington and Lee, appeared in the Richmond Times-Dispatch on October 29, 2016, and is reprinted here by permission. 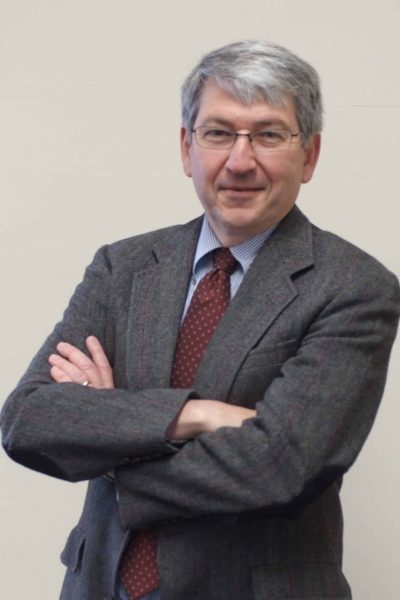 Donald Trump and his surrogates have recently pointed out that the national voter registration rolls include the names of 1.8 million dead people. This ominous observation is accompanied by an insinuation that busloads of the dead will be showing up on Election Day to cast ballots for Hillary. The election will be rigged, and rigged by those in rigor mortis.

In this certifiably crazy election cycle we are now talking about how the no longer living might vote. Even if you can’t stand either candidate or stomach much more of this campaign, it might be fun to think about the dead vote.

Years ago, when I lived in Illinois, I wrote a parody of a political science project on the dead voters in Mayor Daley’s Chicago. My fictional researchers said that commentators were premature when they assumed that the dead vote was evidence of corruption. Before social scientists could reach that conclusion they would need empirical data. Someone would have to contact the dead and ask them why they voted for the Democratic ticket and that would require sophisticated séance survey techniques.

My fictitious researchers concluded that the dead have many reasons to vote for Democratic candidates. The séance survey subjects complained that they are a disenfranchised group — the real silent majority — forced to reside in segregated and overcrowded conditions outside the center of the city.

They suffer discrimination. Most of the dead are unemployed; only a few collect Social Security. They get very little respect. It has to hurt when people compare you to a doornail.

And then there are the subtle forms of discrimination. Sure, some of your best friends are deceased, but would you let your son or daughter marry one of them?

My invented political scientists were not really surprised that the dead were inclined to vote for the party that traditionally helps the downtrodden and the disadvantaged. They observed that only the dead are actually able to endure presidential debates from beginning to end. I concluded my parody with the observation that the small number of dead voters in Chicago was probably the vanguard of what would someday become the nation’s largest underground movement.

Yes, it is easy to make jokes about the dead vote.

But Trump and his cohort are not joking. They are literally saying that the election will be illegitimate, stolen, and the product of fraud because the other side will bring out their dead.

Is it true that voter rolls often have the names of people who are no longer alive or no longer living at a listed address? Of course it is. Keeping the rolls up to date is a difficult and often underfunded task all across the country. In a large, diverse and dynamic nation voter registration rolls will never be perfect.

Are there isolated counties, or precincts, or periods in American history when corrupt officials have used errors in voter registration to cast illicit votes? Of course there are. In close elections, or in jurisdictions where political machines control entire communities, those illicit votes have made a difference.

But it is a long way — a very long way — from those observations to the accusation that the forthcoming presidential election will be decided by zombie voters. We are protected in this country by federalism that divides our voting laws into 50 different systems, and then divides them further by empowering local officials to supervise election procedures. There are so many levels of government involved in American voting that the national manipulation of election results is nearly impossible.

Actual scholars (not the comic kind I invented for my parody) have conducted serious studies of voter fraud and repeatedly concluded that proven cases of fraudulent in-person voting are exceedingly rare. It happens, but in numbers so small that it could never tilt the outcome of a national election unless that election — like the one in Florida in 2000 — was decided by a razor-thin margin. And in those rare cases, where the result is essentially a tie, every conceivable error in voting procedures, intentional or accidental, matters in determining the outcome.

So, when Trump or his supporters rattle off the number of deceased persons on voter registration rolls, are they giving us an accurate number? Yes, they are. When they imply that imperfect registration rolls will mean that the election can’t be legitimate, are they pointing to a real problem? No, they are not.