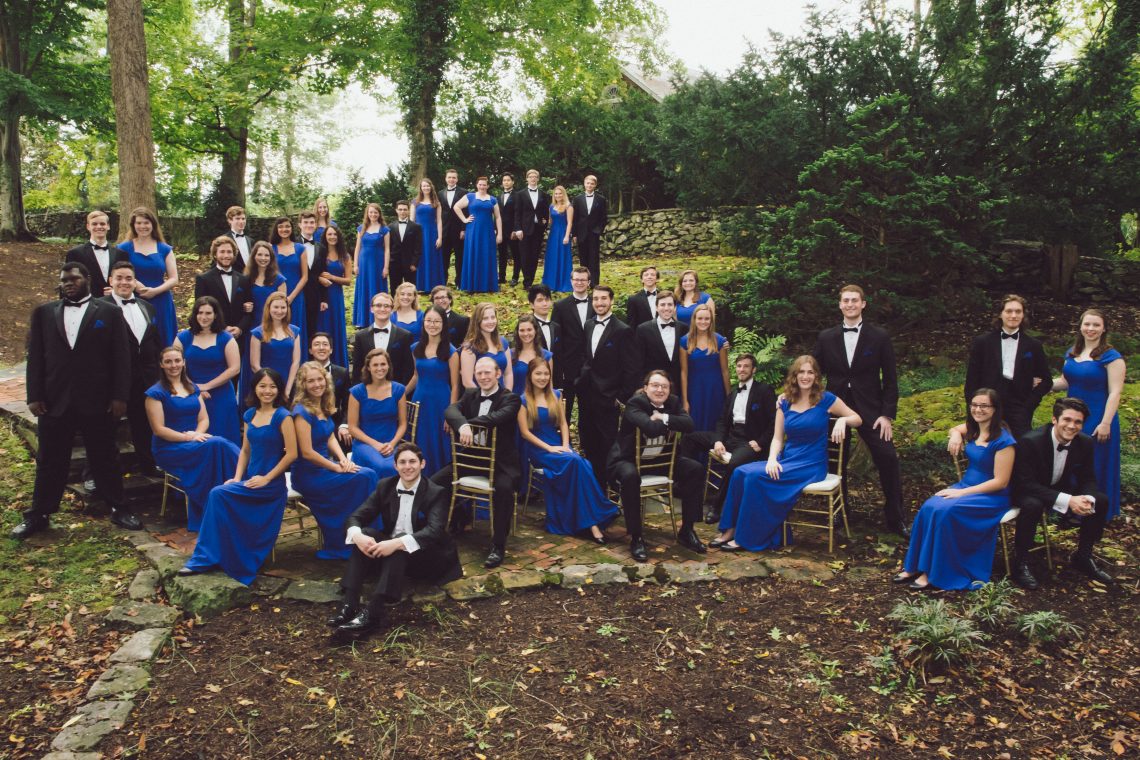 Washington and Lee’s University Singers have been selected as one of 11 choirs worldwide to compete in the European Grand Prix of Choral Music qualifier competition in Maribor, Slovenia, on April 16-18, 2021. The 16th International Choral Competition—Gallus-Maribor is one of six events from which the winners automatically qualify for the European Grand Prix of Choral Singing Competition in 2022.

“Just being invited to this qualifier competition is incredible, ” said Shane Lynch, director of choral activities and associate professor of music at W&L. “To be selected as a choir of international standing is quite an accomplishment for a college our size. American universities do compete in these events, but the vast majority of the qualifying choirs from the United States are from schools of music within large academic institutions, and virtually all of the competing ensembles are composed of graduate students in music. To be selected with undergraduate students only from W&L’s liberal arts model is remarkable.”

The three-round process is tedious, and it took years of work on behalf of Lynch and the student members of the University Singers to even qualify for the prestigious competition. The initial step was to establish the group as a choir of international standing.

“In some ways, that was the hardest part because it is a Catch-22 – the easiest way to establish yourself as a choir of international standing is to compete in competitions like this one, but if you’ve never competed, then you do not have that experience on your resume,” said Lynch.

W&L students representing eight classes – spanning from 2017 to 2024 – have contributed work at some point during the application process. Round one included submissions of recordings, the choir’s resume of major performances and awards, Lynch’s portfolio and more.

“After we were selected as a choir of international standing, we then had to submit additional materials from the 2020 calendar year’s choirs, including a particular recording we had to prepare in the first three weeks of the Fall Term,” Lynch explained. “As you can imagine, this was quite a feat when you factor COVID-19 complications into the process. We had to adjust and record a piece, Felix Mendelssohn-Bartholdy’s ‘Richte mich, Gott,’ to an international standard while singing socially distanced and in masks.”

Despite pandemic-related challenges, the group prevailed and now await word on what round two of the competition will look like given the COVID-19 restrictions in place around the world. The University Singers expect to hear from festival officials in the next few weeks about whether the in-person competition will proceed in Slovenia in April 2021, or if the qualifying round will be held through an alternate approach. 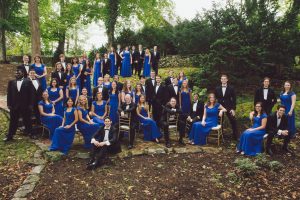 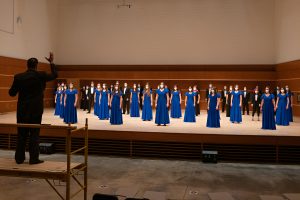