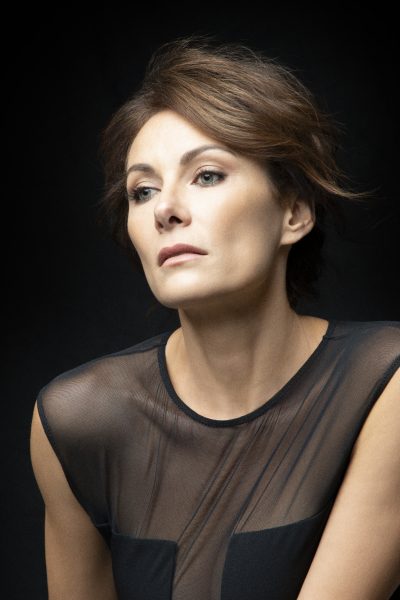 In October, Washington and Lee University will present Tony Award winner and five-time Tony Award nominee Laura Benanti in two streamed events. A highly celebrated performer, Benanti has conquered stage and screen with her wide range of acting skills and her soprano voice.

On Wednesday, Oct. 21, at 5:30 p.m., Benanti will participate in a streamed roundtable discussion moderated and led by Jenefer Davies, associate professor of dance and theater at W&L, with Will Cantler ’77, a casting director at Telsey+Company casting agency, and Rob Ashford ’82, a director and choreographer and 2002 Tony Award winner for best choreography for “Thoroughly Modern Millie.”

There is no charge to view the stream. For access to the Livestream link and password, please email boxoffice@wlu.edu and use “Benanti Round Table Link” as the subject line. The deadline to request link access is Wednesday, Oct. 21, at 4:30 p.m.

On Thursday, Oct. 22, at 8 p.m., Benanti will give a one-woman performance that includes hits from her Broadway career and songs from an upcoming album with Sony Records. There is no charge to view the stream, and it is free to access at wlu.edu/lenfest-benanti-tix.

The number of access links is limited and will be distributed on a first-come, first-served basis. For additional information, visit https://my.wlu.edu/lenfest-center/laura-benanti or call the Lenfest Center box office at 540-458-8000.

In addition to her streams, Benanti will engage in multiple events during the week with W&L students through classes and give a master class via Zoom.

Some of Benanti’s many Broadway roles include her debut at 18 as Maria in “The Sound of Music” with Richard Chamberlain and a 2008 Tony Award-winning role as Gypsy Rose Lee in “Gypsy” opposite Patti LuPone and directed by Arthur Laurents. She has received a Drama Desk Award, Outer Critics Circle Award and a Tony Award nomination for her starring role in the Broadway production of “Women on the Verge of a Nervous Breakdown” at Lincoln Center. She also starred in the Broadway production of Sarah Ruhl’s “In the Next Room (or The Vibrator Play)” at Lincoln Center. Benanti made a return to Broadway in fall 2019 as Eliza Doolittle in Lincoln Center’s acclaimed production of “My Fair Lady.”

Benanti recently debuted in the film “Worth” at the Sundance Film Festival opposite Michael Keaton and Stanley Tucci. She will soon be seen in the film “Here Today” alongside Billy Crystal. Her television credits include roles in “Nashville,” “The Good Wife,” “Nurse Jackie” and “The Sound of Music Live!” for which she received rave reviews for her role as Elsa von Schrader.

Benanti recently released a comedic book on motherhood, “M is for Mama (and also Merlot),” and will be releasing a full-length self-titled album on Oct. 23 through Sony Music Masterworks.

For more information about Benanti, please visit www.laurabenanti.com and @laurabenanti on social media.

Benanti’s visit is sponsored by the Department of Theater, Dance, and Film Studies at W&L, the Lenfest Center for the Arts and the Andrew F. Mellon Foundation.