Timothy S. Jost, Robert L. Willett Family Professor of Law at Washington and Lee University School of Law and one of the nation’s leading voices in health care law, has been elected to the Institute of Medicine (IOM).

Election to the IOM is considered one of the highest honors in the fields of health and medicine and recognizes individuals who have demonstrated outstanding professional achievement and commitment to service. The IOM elected 65 new members this year, announced in conjunction with its 41st annual meeting. Jost is the only lawyer among the newly elected members.

“It is a great pleasure to welcome these distinguished and accomplished individuals to the Institute of Medicine,” said IOM President Harvey V. Fineberg.  “Each of them stands out as a professional whose research, knowledge, and skills have significantly advanced health and medicine, and their achievements are an inspiration.”

New members are elected by current active members through a highly selective process that recognizes individuals who have made major contributions to the advancement of the medical sciences, health care, and public health.  Jost, the author of numerous books and articles on health policy, including the nation’s leading casebook on the subject of health law, has been a fixture of the health care reform debate since it began.

“We heartily congratulate Tim on his election to membership in the Institute of Medicine,” said Interim Dean Mark Grunewald. “This prestigious honor is well-deserved recognition for Tim’s widely respected work in the field of health care law and policy and his stature nationally and internationally as a legal scholar.”

Jost first drew the attention of policy makers for his comparative health system research and analysis of early failed health co-op systems. Whether the subject was so-called “death panels,” the timing of legislative triggers, the function of health exchanges, potential constitutional challenges to a health care mandate, or provisions regarding federal funding of abortion, Jost has been a frequent commentator in the print and broadcast media.

In 2010, Jost received a $300,000 grant from the Commonwealth Fund to research implementation issues involved with the Affordable Care Act.  Subsequently, Jost authored numerous substantive articles and opinion pieces exploring facets of the various aspects of the health legislation in an attempt to make this complex issue accessible to everyday Americans. His most recent work looks at the various legal challenges the law will face as it heads to the U.S. Supreme Court.

“I am greatly honored to be elected to this distinguished body,” said Jost, who also serves as a consumer representative to the National Association of Insurance Commissioners.  “I have served the IOM before as a committee member, reviewer, and visiting scholar, and look forward now to working with them as a member as well.”

Established in 1970 as the health branch of the National Academy of Sciences, IOM has become recognized as a national resource for independent, scientifically informed analysis and recommendations on health issues.  With their election, members make a commitment to volunteer their service on IOM committees, boards, and other activities.  Projects during the past year include studies on calculating people’s vitamin D and calcium needs; improving the process for clearing medical devices for the market; preventing obesity among infants and toddlers; improving American’s access to oral health care; preparing for the future of HIV/AIDS in Africa; ensuring the health of lesbian, gay, bisexual, and transgender people; and enhancing nurses’ roles in improving health care.

Timothy S. Jost is the Robert L. Willett Family Professorship of Law at the Washington and Lee University School of Law. He is a co-author of the casebook Health Law, used widely throughout the United States in teaching health law, and of a treatise and hornbook by the same name. He is also the author of Health Care Coverage Determinations: An International Comparative Study; Disentitlement? The Threats Facing our Public Health Care Programs and a Rights-Based Response; and Readings in Comparative Health Law and Bioethics. His most recent book is Health Care at Risk: A Critique of the Consumer-Driven Movement from Duke University Press. 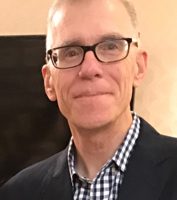