A Natural Inclination As a senior ecologist with Trihydro Corp., Jana Heisler White '98 works on environmental protection and remediation. 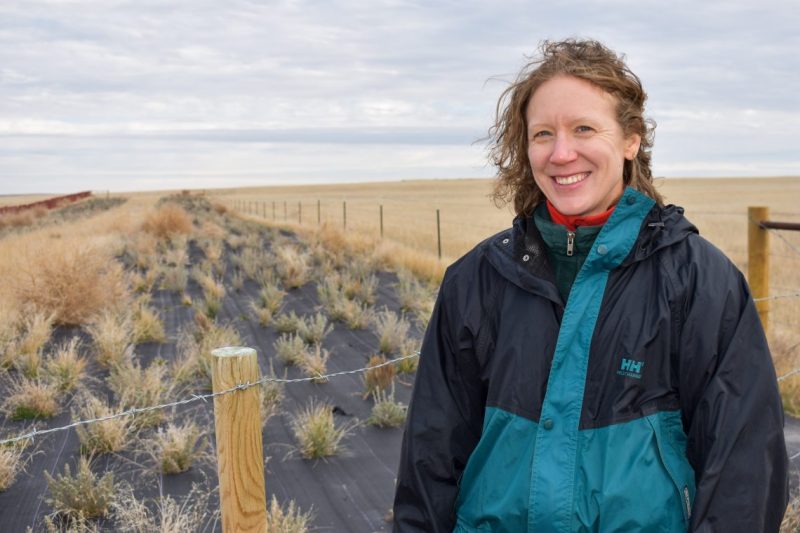 Jana Heisler White ’98 entered W&L as a pre-med student. But about halfway through her undergraduate years, she discovered her interests lay more in the natural world than human anatomy. She did become a healer, but of the environment rather than people.

“At W&L, I discovered that botany and entomology were what I was enjoying, so I decided this is what I should do,” she says.

After graduating with dual degrees in biology and geology and working a brief stint as a teacher, she decided to continue her studies of the natural world.

At the same time, she felt an urge to go west, so she pursued a master’s in plant biology at Arizona State University and a doctorate in ecology from Colorado State University. After conducting postgraduate work on the effect of climate change on rangeland ecosystems in the West, she settled in Laramie, Wyoming, where she is a senior ecologist with Trihydro Corp., an engineering and environmental consulting firm.

“I work on environmental protection and remediation, doing everything from habitat restoration to endangered species protection,” she explains. “I help clients make sure they are in compliance with regulations and advise them on incentives for protecting the environment.”

Although she spends a lot of time in her office staying current on natural resource policy and reviewing reports, she enjoys fieldwork at sites across the West. She has spent four and a half years working on conservation and habitat enhancement for greater sage-grouse, a species that was historically found throughout the western U.S., but has seen a large decline over the past 40 years.

“Greater sage-grouse have high fidelity to habitat and are sensitive to human impacts. The species also relies on sagebrush, which is susceptible to fire due to the spread of cheatgrass throughout the western U.S. I have contributed to numerous projects to improve habitat quality for sage-grouse and other sagebrush obligate species,” she explains.

She finds her job most rewarding when she feels she is actively working to protect or restore landscapes and species habitats, and when projects require the collective expertise of diverse stakeholders.