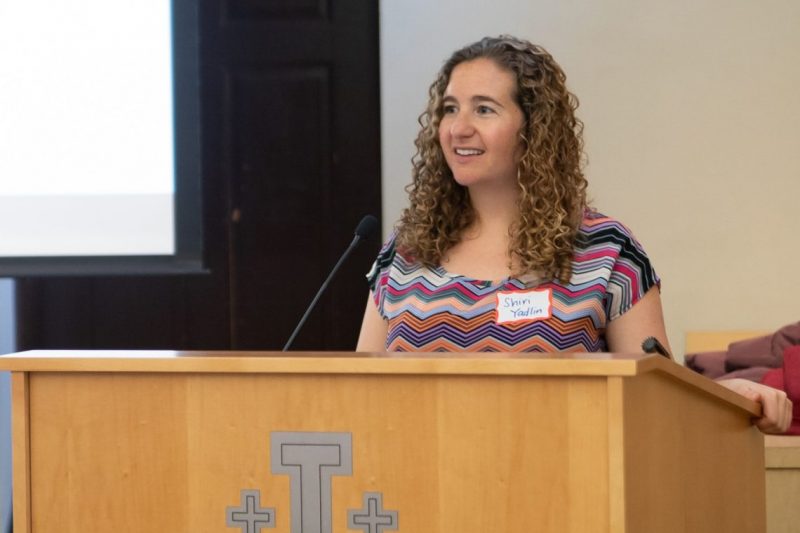 Shiri Yadlin ’12 is the director of Just Homes, a nonprofit that mobilizes and equips D.C. faith communities to live out their calling to biblical justice by meeting the housing needs of the city.

Editor’s note: In this series, “Living the Shepherd Dream,” current students in the Shepherd Program for the Interdisciplinary Study of Poverty and Human Capability at Washington and Lee interview alumni of the program who are working in a field that interests them. In this installment, Bridget Bartley ’21 interviews Shiri Yadlin ’12, Director of Just Homes, a nonprofit that mobilizes and equips D.C. faith communities to live out their calling to biblical justice by meeting the housing needs of the city. Yadlin studied religion, politics and poverty studies at W&L. 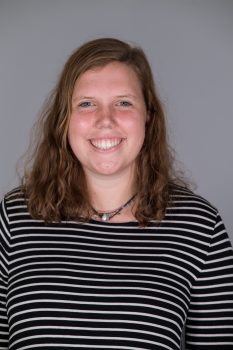 Bridget Bartley is a junior from Richmond, Virginia. She is majoring in economics and minoring in both poverty and human capability studies and environmental studies. During the summer of 2019, she completed a Shepherd Internship at the Chatham Savannah Authority for the Homeless (CSAH) in Savannah, Georgia, working on the CSAH’s tiny house affordable housing project for chronically homeless veterans. This internship ignited her deep curiosity and frustration about issues surrounding homelessness and housing policies, especially those working to help find everyone a safe and secure place to call home. Although unsure of her exact future career goals, Bridget is passionate about economic, environmental and social sustainability.

Q: How would you say your experience at W&L has impacted your life and/or occupation today?

My Shepherd Internship was at a place called N Street Village in D.C., which at the time was a resource center for homeless and low-income women. They have housing programs and recovery programs varying from emergency shelter all the way up to transitional housing. I think they now even have permanent housing and some other permanent options. 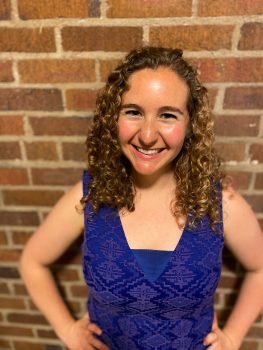 At the time, I was working in their day drop-in center, where they open up for anyone to come in—it’s very low barrier. They offer activities, meals, laundry, showers, etc. I worked as one of the people who helped operate that day center. We served meals and coordinated things but mostly just spent time getting to know the women who came in. It was usually the same cohort of women who would come in every day, so I really got to build relationships with folks, chat with them and get to know their stories. It was a really good way to get introduced to homelessness and housing insecurity and learn about the ways that the systems and economics of the city operate and the ways these people’s lives had taken turns, ups and downs.

At N Street Village, I was introduced to the areas of homelessness and really got a lot more curious about it both from an academic standpoint and a personal standpoint. The Shepherd Internship was really my introduction to the issues of housing insecurity and homelessness. As I came back to W&L and dove more into my capstone and closing out my academic career, I decided to focus more on housing. I did my capstone on affordable housing in the Rockbridge area with a lot of community-based research, and I started looking for opportunities to continue to be involved in homelessness as I left W&L. Through the Elrod Fellowship, which is something W&L offered me, I ended up coming to D.C. to work for an organization that supports people experiencing homelessness. It was really my Shepherd Internship that put me on the path of housing.

Q: How and why did Just Homes come to fruition in D.C.?

Just Homes is two years old. We were launched out of a church called the District Church in D.C. The District Church has been around for about nine years, and I had been a member of this church since I moved to D.C. in 2013. It is a church that exists to meet the needs of the city — not only the spiritual needs, but also the material and tangible needs that the city has.

We talked to a lot of churches, the government, banks, nonprofits, and really anyone we could to try to figure out what the actual needs of the city were and what was already being done to meet those needs. We wanted to figure out what it really meant when we say “affordable housing crisis,” what that actually looked like, and who was actually experiencing it. We also wanted to figure out what organizations were already working, what institutions were already working and where there were any gaps. We were looking at what the need was and also what resources the church had to try to fill those needs.

Taking all of that into account, we decided that some sort of entity that could fill those gaps was necessary. As we were doing this research, we heard from a lot of churches that also noticed housing was a huge issue and wanted to do something to respond to the affordable housing crisis, but they just felt way too overwhelmed by the problem and didn’t know where to start. At the same time, there were already churches doing really creative and exciting things in the housing space. They were tangibly meeting housing needs and being really innovative, but they were sort of operating in isolation without a lot of support. We thought, let’s be the glue that brings all of these churches together. Let’s be the ‘how’ for churches looking for a place to start and lets also bring together all of those who were already doing great work to list them off as examples and inspiration for those wanting to get involved. Just Homes emerged not only as a way for the District Church to be involved in housing but as a way to catalyze the broader church and faith community in responding to the affordable housing crisis.

That is our mission: to mobilize and equip the faith community of D.C. to meet the affordable housing needs of the city, and that’s intentionally broad. Churches are different. What one church can do in response to the housing crisis is going to be different from what another church can do because it’s based on context, resources and where you sit in the city. Each church is going to be a little bit different in terms of its action, but we believe that every church can do something, and we want to be the helping resource and equips them to do that work.

We are about two years in and now just beginning to implement and pilot the strategy that we have come up with. We have three key areas in which we see churches getting involved in housing: building, investing and serving. We’ve seen a handful of churches actually develop housing on their own land, and we’ve seen them redevelop old buildings into affordable housing. We want to support churches with the education and resources that they need to do that. We also have ideas for investment strategies and ways that churches can financially support affordable housing development.

Finally, we are putting together the structure of a service program where we connect teams of volunteers from churches with people who are experiencing housing instability to provide relational support in the time of transition and moving. The overall idea is that we have these pathways for churches to get involved and really encourage every church to get involved. Whether it be on an individual or congregation-wide level, all churches have the ability to help. If we are speaking of promoting justice in our city, people not having a place to live should not be a part of that.

Q: What would you say are the biggest challenges your organization faces on a day-to-day basis?

The first thing that comes to mind is definitely the challenges of any new organization: building it from the ground up. In many ways, I’m just making it up as I go along. On any given day, there are decisions to make where I could be going down the right path, or I could not be. Maybe we will have to readjust and try new things. It is learning by trial and error, which for now is challenging and exciting because it allows a lot of flexibility to respond to needs that arise. At the same time, it’s hard to not have a lot of direction or instruction.

Also, the situation itself is challenging. The lack of affordable housing in the city, the high cost of housing and the mix-match between housing prices and incomes is drastic. It’s a huge gap, and it is overwhelming to think about closing that gap. We really have to bring it back to one step at a time, really celebrate small victories, and not be so overwhelmed with the magnitude of the problem that we don’t do anything at all. The worst thing we could do is be so daunted by the task ahead that we are paralyzed into inaction.

Q: If there was one thing you wish the public knew about the population that you serve, what would it be?

The thing about housing, and about affordable housing specifically, is that this is not an issue that is far from anyone. Housing insecurity or homelessness is something that is way closer to anyone’s reality than we realize. What I mean by that is that it is so easy to slip into housing insecurity. We have this image of homelessness in our minds as someone who has made a lot of bad decisions in their life, and if only they didn’t do such and such then they wouldn’t be in this situation. But the number of homeless families in D.C. is a pretty clear sign that, especially for low-income families with a really low margin of disposable income, if you fall behind on rent one month, it is incredibly hard to get caught back up. That quickly spirals into eviction and eventually homelessness. Something that could be just an inconvenience to someone with a higher income, like a broken phone, a flat tire, a sick child in need of new prescription or a ripped coat in the winter, can mean the difference between paying rent or not for families with lower incomes.

When we talk about affordable housing in D.C., the image that comes to mind is far from the reality. I think that one of the major barriers to affordable housing development — especially in D.C. but really in cities all over the country — is community opposition to having affordable housing in their community or having density of housing developed in their community. I think a huge part of that opposition is a misunderstanding of what the affordable housing needs are and the way that it particularly impacts low-income populations. When we talk about low-income populations in D.C. specifically, we are almost always talking about people of color, a group already marginalized. It is a real justice issue beyond just a bad economics issue.