A Study of Song A grant from the Endeavor Foundation allowed Xiaoxia Yin '20 and Sesha Carrier '20 to study traditional folk singing in China.

“The tradition of Beijing Opera is very culturally and historically rich, and it seemed like a unique way to dive into Chinese traditions.” 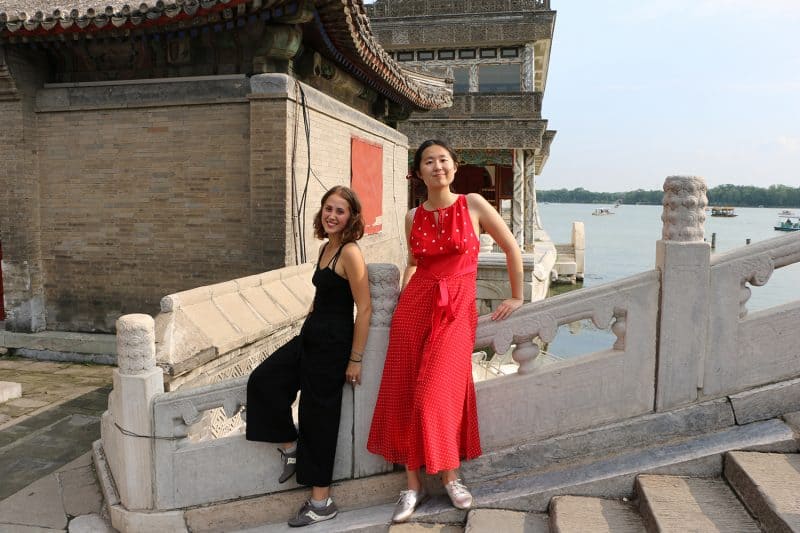 The program, which is funded by part of a $219,000 grant from the Endeavor Foundation (formerly known as the Christian A. Johnson Foundation) is now in its third year. Xiaoxia Yin and Sesha Carrier, both members of the Class of 2019, traveled to Xiaoxia’s home country, China, to study traditional folk singing there.

Tell us about your project.

Our project centered on the Chinese culture of traditional folk singing and opera, as well as their overall historical impact on Chinese culture. Our research looked into the methodology, common instruments, music theory and other relevant topics. We came up with this idea because Xiaoxia studied Chinese traditional folk singing for more than 10 years and wanted to formally research the culture behind it. The tradition of Beijing Opera is very culturally and historically rich, and it seemed like a unique way to dive into Chinese traditions.

We worked through a partnership with a local music school and had the opportunity to interview a few musicians. A lot of our project consisted of urban exploring and visiting historical sites, where we encountered countless examples of the integration of folk music and Beijing Opera into the overculture. We were also able to go to a live opera performance that we were able to film for our documentary.

We managed the methodology of Chinese traditional folk singing and learned to compare it with Bel canto and musical theater. Seeing the modern impact of folk culture and Beijing Opera reflected back in the general culture gave a very interesting perspective on Chinese culture over time, and how modern China currently appreciates its long history.

How do you plan to share the results of your research?

We are working on a short documentary film that touches on the history and methodology of Chinese folk singing and Beijing Opera. The goal of this film will be a modest investigation into the disjunction of tradition and modernization as it relates to cultural practices. The film will strike parallels into Western culture in hopes of demystifying modern China for the campus community and bringing an informed cultural perspective to campus. This film will debut as a part of the annual Lunar New Year celebration on campus. 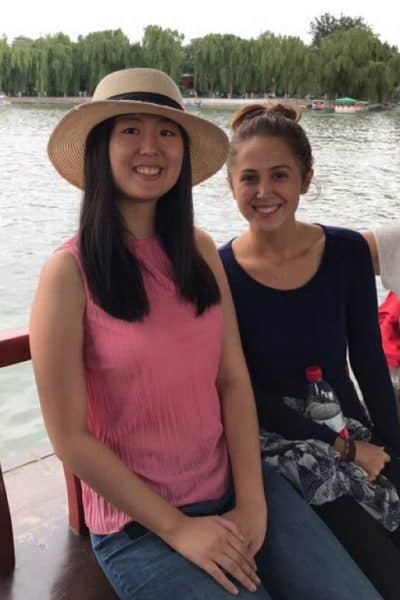 Xiaoxia and Sesha in China

Xiaoxia, what was it like introducing your study partner to your homeland? When you saw it through her eyes, what was different about it for you?

It’s a pretty cool experience. I enjoyed showing her around the city and interpreting the famous sights to her. For me, it is a new chance to explore my own city from a different perspective. It is impressive how I gained some new understanding of the culture of this beautiful and historical city where I grew up.

Sesha, what were your impressions of China?

I tried to keep my expectations to a minimum so that I could fully absorb the experience. I was struck by both the profound differences and similarities of life in China as opposed to the United States, and I am still hesitant to draw any conclusions about China as a whole based upon my experience in Beijing. It is a huge country and what struck me most about the city was the sheer size of it. When I flew back into San Francisco, all the buildings seemed so small!

Xiaoxia: It’s hard to answer this question because all of our visits are very fascinating. If I have to choose one, I will say our visit to the ancient Great Wall that has not been developed to the tourist site. We were able to purely appreciate the beauty of the amazing architecture built more than 500 hundred years ago. It’s an experience I can hardly use any word to describe.

Sesha: Perhaps my favorite experience was simply walking around the hutong where Xiaoxia’s community was. The atmosphere of the small shops under the trees is unlike anything I have ever experienced and is not something I will soon forget.

Xiaoxia: It is nice that I can still research on the topic related to my hometown’s culture and music while studying in an American university. It makes my college experience more diverse.

Sesha: This trip was an incredibly expansive experience for me. Not only do I have a greater worldview and a more intimate relationship with Chinese culture, but I also feel more prepared and confident as an individual to step out of my comfort zone. This maturation and empowerment has quickly become incorporated into my life at W&L, not to mention the opportunity that the filming experience opened me to.