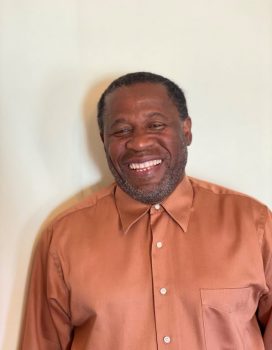 Faculty in the Africana Studies Program at Washington and Lee University will continue to discuss the Black experience in its new miniseries, “The Aftermath of Black Protest.” The series, which is built on last year’s series, “Activism and Black Life,” will scrutinize Black experiences in the interlude following conspicuous social upheaval.

The first event is scheduled for Thursday, Nov. 11 from 5-6:15 p.m. in Hillel 101. Garrey Dennie, a former speechwriter for Nelson Mandela and an associate professor of history at St. Mary’s College of Maryland, will deliver a lecture titled “Mandela’s Words: Mightier Than the Sword.” The event is free and open to the public. Masks must be worn by attendees per W&L COVID-19 guidelines.

Through a partnership between the African Society and Africana Studies, Dennie will also meet with students on Friday, Nov. 12 from 6-7 p.m. in Leyburn 109 to deliver a talk titled “Activism in College.”

The idea for the latest Africana Studies series was formed through a listening session focused on singer Marvin Gaye’s magnum opus “What’s Going On.”

“This album, released roughly three years after Martin Luther King Jr.’s assassination, not only captured how racial reality impacted national and global fate, but also revealed the mindset of Black students who were moving beyond desegregation and charting the next steps in their laying claim to Washington and Lee,” said Michael Hill, professor of Africana Studies. “Through the 1971 formation of the Student Association for Black Unity, these students built an institution that sustainably improved their plight. This commitment to institution-building becomes a recurring theme for individuals operating in the aftermath of the protest. Throughout this year, we want to study such stories.”

Activities throughout the series will feature collaborations with student groups and academic units, including history, politics, law, justice and society, and the Center for International Education.

“In upcoming endeavors, Africana Studies will invite the campus community for persistent ruminations on the pathway to a more perfect union,” Hill said.

Check back on The Columns frequently for information about future events in this series.