An Education in Place Kat Oakley '19 has spent a lot of time contemplating the idea of "place" - both in Lexington and across the world.

“I’ve learned that life is more beautiful when you’re invested in your place, and that the comfortable place isn’t usually the place you have the most to offer.” 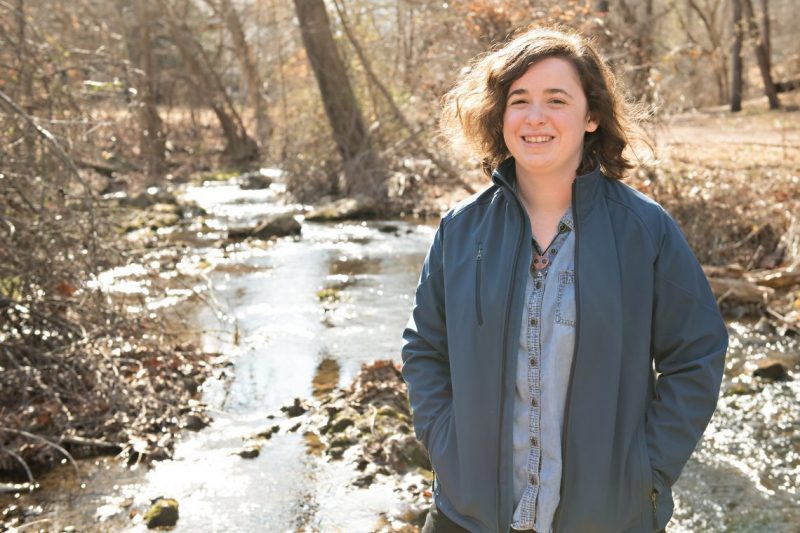 I expected to learn a great many things in college — perhaps even earth-shattering things — but I could not have anticipated how much many of the seemingly disparate things I experienced would change my relationship with the idea of a place. In true college fashion, this transformation started in a class.

Despite having traveled a fair bit with my family, I had never thought critically about place until I took Intro to Environmental Studies with Professor Leah Green, which turned out to be the most influential class I’ve ever had the fortune of taking. The readings and discussions from that class have permanently affected my life, but none so much as those of Wendell Berry, enriched by Professor Green’s passion for sharing them. Berry, an agrarian and localist, proposes an idea that I hadn’t considered and that stands in contrast to our consumerist culture: that value and satisfaction comes from investment and — less eloquently put — that we are not truly in a place until we are invested in it.

From that point forward, I started viewing the world in terms of place instead of simply space. It was a paradigm shift that seems obvious but, in reality, was monumental. I had gone my entire life just moving through space, uncritical of those movements and those places. When I started seeing places, each unique and valuable and loved, the world became immensely richer and the possibility of satisfaction and beauty omnipresent.

My journey into the idea of place continued in 2017 when I, through my studies of anthropology and Spanish, had the opportunity to travel for nine months in both Europe and South America. Such constant travel had, in one go, opposing effects. On the one hand, I was being exposed constantly to amazing and new places; I saw more beauty and more diversity than ever before. However, with all the movement, I also found myself, for the first time in my life, “placeless.”

Thanks to Wendell Berry and Professor Green, places were already on my mind. I viewed places as having more depth and had started to put much more value on investment in places in my own life. But I spent nine months quite literally in foreign territory; I had neither the time nor knowledge to invest in a place or truly be part of it. And so, while travel increased my appreciation of other places, it also enforced in me the value of having a place you love and investing in it, a perspective that will continue to direct my life.

Washington and Lee has forced me to confront place in all its complexity. I’ve learned to live in and invest in and value a place in which — as an openly queer person — it is not necessarily easy for me to exist. In fact, adapting to W&L, a place so socially and politically distinct from my high school, has been one of my biggest challenges. But I also view it as one of W&L’s biggest gifts to me. I’ve learned that life is more beautiful when you’re invested in your place, and that the comfortable place isn’t usually the place you have the most to offer. It is my biggest hope that I have occupied Lexington in such a way that it has benefited from my being here; I also hope that, as I find more places that I love, I will apply the lessons that I’ve learned here and put some of myself in those places, just as they do the same for me.

A little more about Kat

Why did you choose your major?
For anthropology, people are the only thing that confuse me enough I could spend my life trying to understand them and not be bored. And then I picked up Spanish because I’m so naturally bad at it that majoring is the only way I was ever going to learn it (funcionó).

Has anyone on campus inspired you?
Kassie Scott ’18 possesses a level of organization and commitment that is constantly inspiring. However, the real reason she comes to mind with this question is that I’ve never met somebody who is so kind or cares as much about fellow humans as she does.

What’s your personal motto?
My current motto comes from a song by the Avett Brothers: “Decide what to be and go be it.”

Best place to eat in Lexington? What do you order?
Napa Thai without a doubt, and I almost always get some sort of vegetable curry.

What one film/book do you recommend to everyone?
“Ishmael” by Daniel Quinn. And if you like that, then read Quinn’s “Beyond Civilization,” where he fills in the pragmatic gaps.

Post-graduation plans:
First on the agenda is to get a cat. The rest is details.

Favorite W&L event:
The Equality Gala (or, as we like to call it, the GAYla)

Why did you choose W&L?
It seemed like a place that would push me, and where my being there could matter.