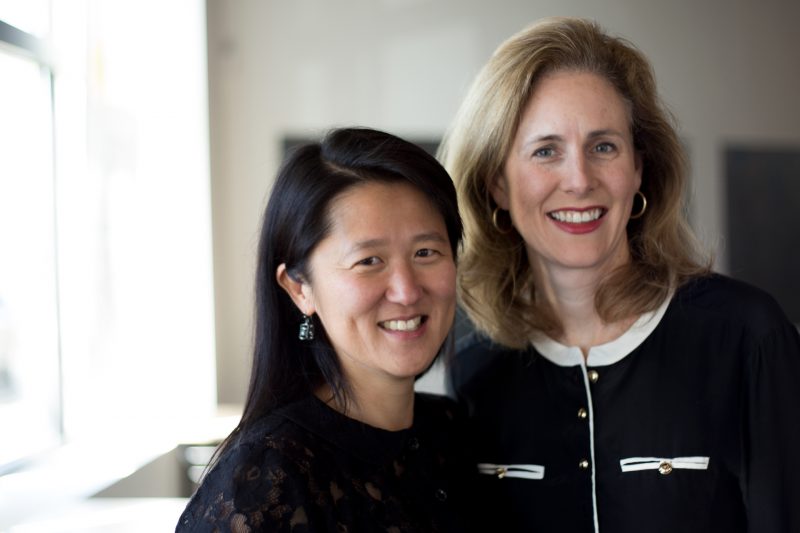 Betsy Brown ’96 spent the past 18 years in the financial services industry. Cory Allison ’94 progressed through several corporate and university jobs before following her passion as an entrepreneur.

Now as two of six partners in Chattanooga-based The Jump Fund, the Southeast’s only female-focused angel investing fund, they are tapping the resources of female investors and providing capital to female-led start-up companies. The companies must be female-led or co-founded or a female must have a C-level title, but otherwise, the partners are looking for gender-diverse teams with significant growth potential.

“We understand that the playing field for female entrepreneurs is not yet developed. This issue simply cannot be solved through nonprofit support or networks,” said Brown. “We understand we have to bring a valuable resource to the table: capital.”

Begun in 2012, The Jump Fund has invested in seven businesses, for which it receives an equity stake. In making investment decisions, the partners “consistently look at the team, or if it’s a solo venture, her past history,” said Allison. “It’s all about potential. We look for someone who is a great leader and visionary who can execute – that’s where the value is.”

Both Brown and Allison have full-time jobs aside from The Jump Fund. Brown is vice president and trust officer at Cumberland Trust, where she provides families with a range of trust services and legacy plans. Previously, she worked with JPMorgan Private Bank and SunTrust Robinson Humphrey, where she gained considerable transaction- and relationship-management experience.

Allison is CEO of Iron Gaming, a start-up company developing a gamified ranking and scoring application for video gamers and providing online and live tournaments for competitive e-sports players. She said it was a consulting job with Iron Gaming that led to her job with the company, where she was recently promoted from chief operating officer to CEO.

Allison said she loved gaming as a girl, especially Ms. PacMan, Donkey Kong and the various Game Boy games. “It was unusual for a girl to love these games,” she said. When the opportunity came to work for a gaming company, however, she researched the industry thoroughly before deciding to join the executive staff.

Allison cites professors Tyler Lorig and Nancy Margand, along with counseling center director James Worth as big influences on her decision to major in psychology. As she progressed through the major, “I saw the value to society of what psychologists do.”

At Georgia State, she switched gears and followed her love of technology, earning an M.B.A. in information systems. She then worked for several companies, but remembers one that really challenged her by requiring her to figure things out for herself. “It was the best lesson, leaving me confident and not scared of anything,” she said.

After marrying Evan Allison ’93, an attorney with Miller & Martin P.L.L.C., the couple moved to Chattanooga. While expecting their first child, Allison often drove back to Atlanta to find the kinds of quality baby items she wanted to decorate the nursery. Her entrepreneurial gene kicked in, and she opened a boutique baby store, Wiggle Worm. She ran the store and helped decorate the nurseries of Chattanooga families, before eventually selling the business and opening Cory Allison Consulting.

Brown double majored in business administration and Asian studies. Professor Linda Hooks, who taught Money and Banking, was an inspiration to her. “She spent time at the Federal Reserve Bank of Dallas. It was so compelling to hear about her experiences. This encouraged me to interview with several banks while a senior at W&L and start in the training program at SunTrust Bank,” Brown said.

Although their time overlapped at W&L, Brown and Allison didn’t know each other very well. They both went to Georgia State for M.B.A.s, but at different times, and they both moved to Chattanooga, which is Brown’s hometown. They reconnected while raising their young children and now as partners of The Jump Fund.

Since Allison is a W&L alum, “I immediately had a certain level of trust and connection with her,” said Brown. That has led to a high level of engagement and collaboration between the two.

Brown and Allison both said that same level of trust is evident whenever they cross paths with a W&L graduate. Brown said she “can pick up the phone and mention W&L, and people immediately respond.” Allison experienced it at Iron Gaming, where one of her most prominent investors and supporters is Lex Tarumianz ’69, L’72.

Allison, who is Korean-American, said she values the diversity she sees at W&L. She says she and other graduates “love that school down to the core.” The University’s Honor System taught her deep down to trust the world. “It is refreshing, and the only way to live — being honest with yourself and others.” Brown said her W&L experience helped her establish three guiding principles: maintain personal integrity above all else, take initiative and embrace the support of mentors.

As the two move through this phase of their lives, balancing family and demanding careers, they are motivated to pass along what they have learned. Allison, who now has two children, and Brown, with three children, hope that there will be fewer gender issues as their children grow up. They want them each to be able to do what they are passionate about without the fear of a gender stereotype.