“It was my job for eight weeks to try and tip the scale toward those whom the system often persecutes.” 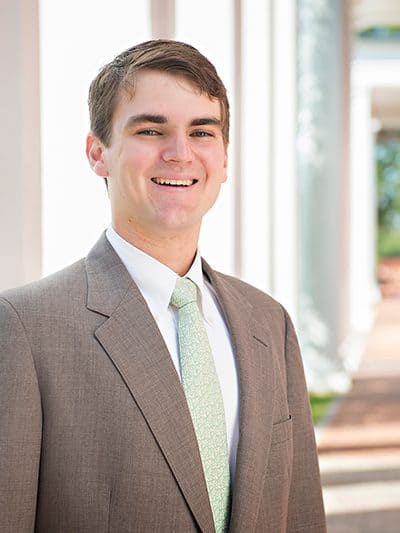 These emotions culminate in an outpouring of tears on the other side of the glass window at the Guilford County Jail. As part of my work for the Guilford County Public Defender’s Office, I often visit clients whom the attorneys need to interview but, because of intense caseloads (some misdemeanor attorneys have as many as 250 clients at a time), do not have the time to visit. Ms. Cashmere Davis is one of many clients accused of violating their probation. She will wait in jail for most of the week for an opportunity to appear in front of a judge. A probation violation, in the State of North Carolina, is any violation of the terms of a suspended sentence. A failed drug test, a missed meeting, even an inability to pay money can send someone on probation to prison for years. One week out of every five in Guilford County is dubbed “Probation Week,” and all probation violations are handled in that week — usually a caseload of about 430 total people, almost a fourth of whom our office is charged with keeping out of jail.

A glass window is not the only thing that separates me from Ms. Davis as she tells me her story. She seems to speak to me as if from a different world. There is an obvious disconnect between the two of us as I sit down, wearing a suit and equipped with a notepad, pen and the file containing all of the information on the case, from the crime she is accused of to her social security number and home address. At the beginning of the summer, handling this information would have made me uneasy, but Ms. Davis’ file is just like hundreds of others I’ve handled this summer: manila, with “Ms. Cashmere Davis” scribbled across the top and a file number written down the side. One of the attorneys I am working for this week, Roger Rizo, sent me here to find her version of events. So far, all the information we have about Ms. Davis has come from her probation officer (PO), who filed the violation report. According to her PO, Ms. Davis is a pathological liar; a vagabond who has refused to inform the PO of her whereabouts, a requirement of all people on probation. People charged with “absconding,” or not making themselves available, almost always have their probations revoked and are sent to finish their sentence, serving active time incarcerated.

The court ordered Ms. Davis not to have any contact with the co-defendants in her case. A fair request, I figure, until she tells me one of the co-defendants of that case is her mother, with whom she had been living until her conviction. Her original probation officer allowed her to continue to live with her mother, despite the court order. However when she got a new probation officer in April, she was ordered to move within three days or be sent back to jail. She had to uproot her entire life and move everything, including her infant, to a friend’s apartment. Sadly, at the end of June, that friend could no longer afford to live in an apartment, and so Ms. Davis was forced to find another place to live. As she searched Greensboro for a place to live with her infant, she was required to inform her PO of her location every time she moved. She tried to live in a hotel with another friend, but couldn’t produce the money, and so she and the friend took up residence in a green four-door Honda. Her PO wanted Ms. Davis to tell her where the car was parked every night, seemingly not caring that her probationer was homeless with an infant.

When we go in front of the judge, we are prepared to fight tooth and nail for Ms. Davis. We know the probation officer, a strict adherent to the rules, will ask for Ms. Davis to be sent to prison to finish her sentence. When Ms. Davis comes into the courtroom, Roger denies the charges against her, and the PO takes the stand. She begins to tell the judge her version of events, explaining how she forced Ms. Davis to leave her mother’s house. She then elaborates on Ms. Davis’ refusal to keep her whereabouts known at all times.

“Hold on,” says the judge. “It appears to me that the court has essentially made this young lady homeless.”

I want to stand up and yell. “That’s exactly what has happened here, Your Honor,” I imagine myself exclaiming in disgust. “Now let’s do something about it…”

Looking back on this experience now, I recall how shocked I was that Roger treated this as a fairly routine case. I remember looking down at Ms. Davis’ file after the case was over and feeling my stomach turn when I looked at her birthdate; she was born just seven months before me. The judge went on to order the probation officer to find a place for Ms. Davis to live, and she now has a permanent residence, though it is sadly not with her mother. I was shocked at how moved I was by Ms. Davis’ story. The debilitating injustice that she faced until, luckily, she arrived in front of a judge who had sympathy for her was heartbreaking. Did justice not require that she be treated fairly as a fellow human, regardless of her status as an offender? This balance is a hard one to find, and it was my job for eight weeks to try and tip the scale toward those whom the system often persecutes. I applaud the attorneys in the Public Defender’s Office who have devoted their lives to making our justice system as balanced as possible. They treat their clients like real people. They do not leave indigent defendants to fend for themselves in a difficult system. However, they also did not take excuses or coddle these adults charged with serious crimes.

Sadly, their work is not enough to make amends for a system that has been broken for years. This story luckily had a moderately happy ending, but there are hundreds of others that do not. Our clients facing probation violations often had jobs and were back on their feet, but because of a violation were incarcerated and lost everything they had worked to achieve. Unfortunately, everyone on probation has been convicted of a crime, so many legislators do not want to help them any more than is necessary. This mindset has to change. Probation needs to be seen as a measure of rehabilitation, a way for people to have a second chance while still serving their debt to society. I do not know how to do this, but someone in the government needs to step up for these citizens who are often not being treated as such. We have to change the system, or success stories like Ms. Davis’ will continue to be rarities in the criminal justice system.

Why did you apply for this particular internship? Law school has always been an idea far off in the distance for me. At the beginning of my freshman year, I began to question whether or not it was right for me. I undertook this internship hoping to see how a career in law would prepare me to help change the crippling policies I had learned about in Poverty 101.

How did your work apply to your studies at W&L? I saw firsthand a lot of the issues we discussed in Poverty 101. We always talk in class about how statistics represent real people, but it is difficult to wrap one’s head around that in a classroom. I knew going into the internship that interacting with people would be a different experience, but I did not realize how much of an effect it would have on me. Poverty is complex, as we learn, but I think it is difficult to realize why it is such a complex issue. My internship exposed me to the imperfections of humanity. Inmates in prison, lawyers, judges and yes, even interns, are all flawed in some way. Depending on where we are born, these flaws play out differently. A lawyer’s flaw can often hurt his or her client and the client’s flaws almost always hurt him or her.

What was the most unexpected aspect of your Shepherd Internship experience? I expected to learn a lot about the criminal justice system, and I did. In many ways, it does act as the new Jim Crow, as Michelle Alexander’s book so eloquently suggests. However, the system does not go out and find people to incarcerate. Approximately 90 percent of our clients were guilty of the crimes they were charged with. I found myself questioning a lot of laws more so than I questioned the way the courts and law enforcement officers handled the breaking of the law.

Advice for prospective or first-year students? Don’t let our small size fool you. We have global connections and our alumni have a vested interest in our success in the world.