“W&L’s education taught me how to learn easily and become an expert at something new.” 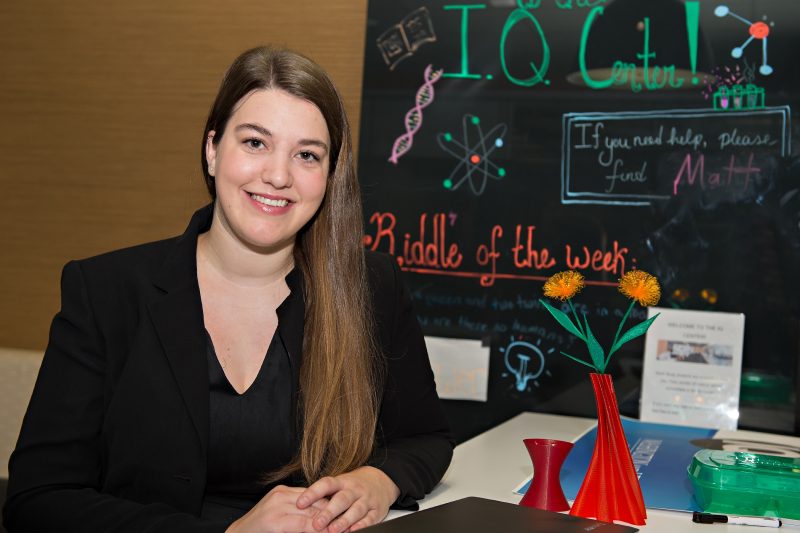 Ark Media is a documentary filmmaking company in Brooklyn. It is one of the leading producers of nonfiction content in the U.S., and its documentaries have been honored with every major industry award. Through films like “Black America Since MLK: And Still I Rise” and “Oklahoma City,” and the television series “Finding Your Roots,” Ark Media is dedicated to telling stories that are educational and that promote social justice.

Since my internship was largely unpaid, providing only a small daily stipend, I wouldn’t have been able to have this internship without the Johnson Scholarship.

I was a pre-production intern on “Finding Your Roots,” where I assisted by researching a few of the episodes, finding compelling stories and assembling production materials. I was a part of almost the whole pre-production process for one guest’s portion of the series, from the start to the second draft of the script.

While I can’t divulge specifics about episodes that have not yet aired, one of my favorite stories was of a Union captain in the Civil War. He was one of the commanding officers at a Union prison and testified against his superior for brutality against Union deserters. After I found the story through research online, we sent a researcher to the National Archives to find the court transcript. It was a particularly compelling story because a historian we had called said it was very unusual for there to be court trials involving Union prisons, since it was the winning side in the war. Our guest’s ancestor was the first witness in the trial and described the violence in vivid detail.

I loved getting to speak with historians and other sources on the phone, and I had many supportive coworkers, but one of the executive producers made the most vivid impression on me. After I asked how she started her career in documentaries, she told me that she didn’t regret it for a second. She said that you’re constantly learning through documentaries and are able to tell compelling stories that have an impact on people.

One of our guests had an ancestor that went back to the 1600s in North America. We were trying to build up a story on him, but needed the original documents to prove it. Through my research, I knew the documents had existed at one point, but it was difficult to figure out where they would be located and whether we could find them. Through diligent research, I found enough of them to fill out our story.

Did anything about the location of your internship really excite you?

After growing up in a town half the size of Lexington, I’ve always wanted to live in New York. The city has so many great opportunities to experience performers, athletes, chefs, etc. at the top of their game. The second weekend I was there, my friend and I went to a free beach volleyball tournament with Olympic athletes on the Hudson Pier. A few weeks after that, I attended a show with Patti LuPone. We had so many opportunities to experience life in New York beyond our internships.

This internship impacted me because it was a great chance to go through the pre-production process, work with a team and imagine myself in this role. It is such a strong possibility for my career. I’ve learned that I love filmmaking and could see myself branch out in similar areas where I could use this experience.

W&L helped prepare me by teaching me how to learn and to research thoroughly and accurately. I had to figure out how to navigate different databases in my internship and do research that I wasn’t accustomed to, as well as track down specific types of production materials. For example, I now know much more about sheets of glass than I ever need to know. W&L’s education taught me how to learn easily and become an expert at something new.