From Dream to Reality Shapley Davis '18 produced and premiered his own short film, and he hopes to continue making films as he heads off to USC's film school after graduation.

“I do believe in storytelling, and I’m excited to get to continue pursuing it as a career.” 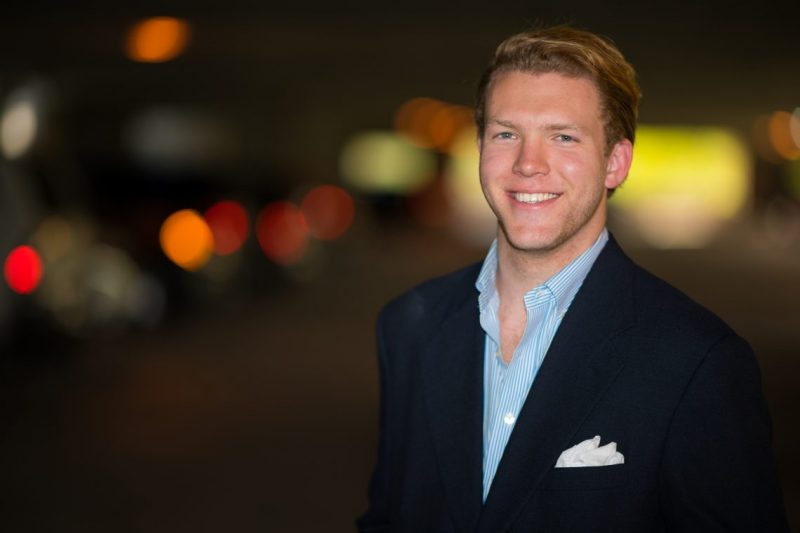 I woke up, but kept my eyes closed. I had just exited a strange dream, unusual in that I did not appear in the dream myself at all. It had been about a girl struggling with thoughts of suicide and having flashbacks to her childhood and interactions with her father. Still very conscious of the story, I polished off the ending and opened my eyes. Not bad. I wrote everything down on my phone, already with the idea that I might make it into a short film.

About a month later, my high school buddies took me to a bar I had been to only once before. A friend from church, Santiago Ramos, walked in and said hello. He was only stopping in to use the restroom. I knew he had been involved in making a candle commercial or something, so after catching up, I told him the story of my dream. “Maybe we should make it — you can produce, I’ll direct! Haha.” It was the kind of conversation you don’t expect a follow up on.

The next morning, however, Santi texted me: “Let’s make it Saturday.” I reminded him that it was Wednesday and that we didn’t have a plan, actors, equipment or money. He was not phased. In retrospect, part of me would like to say we put our noses to the grindstone and worked furiously to put together a masterpiece in three days. In reality, we goofed around, test-drove a Tesla (pure joy), and spent a lot of time at the pool, all the while making phone calls and spitting out ideas.

Santiago had a friend who had acted in a play once, so she quickly became our number one candidate for lead actress. She happened to be very good. Another friend from church connected me to a father-daughter pair willing to come in and shoot on Saturday morning. The six-year-old daughter just happened to greatly resemble our actress. I then texted a friend from preschool who was involved in film in some capacity at UNC School of the Arts. He said he was a cinematography major, had a camera, sound equipment, lights, etc., and was available to shoot on Saturday. For free. Boom, we had a cast and crew.

Production was smooth and very fun, and I spent the next few months working with an editor and composer who were friends with Santiago. I loved the finished product and had a blast premiering it in October in Stackhouse Theater at school. Coincidentally, the premier was the day I submitted my film school application to USC. I would say that I am proud of the film, but more thankful than proud. Between the odd dream and the extremely unlikely circumstances by which the film came about, I can’t help saying the credit for making it feasible at all really goes to God. 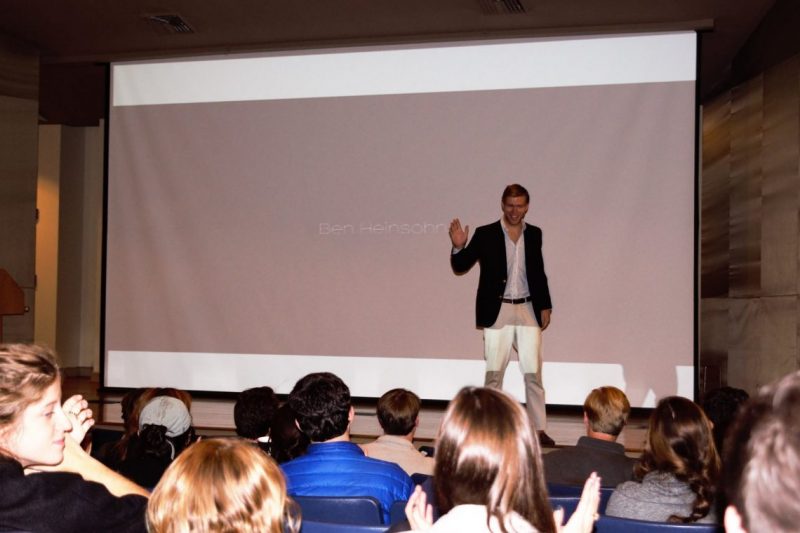 Shapley Davis ’18 at his film’s premier in Stackhouse Theater.

Fast forward to mid-March, 2018. I was hanging out with friends when one brought up the fact that he had never seen my short film. I hadn’t shown it to anyone in person for several months, but I decided to sit down and watch it with him. After the credits rolled, he said he very much enjoyed it. I thanked him and told him the story of its production, almost exactly as written above. Fifteen minutes later I went upstairs, checked my email, and I had been accepted to my number one film school. So, no, I do not believe in coincidences. But I do believe in storytelling, and I’m excited to get to continue pursuing it as a career. I’m thankful for everyone who’s gotten me this far.

A little more about Shapley

Extracurricular involvement:
I am a member of Chi Psi, Reformed University Fellowship, and I play on the polo team. I’m also involved in the Fly-Fishing Club, the Fancy Dress Ball Committee, and the Big Spring Ball Committee.
Has anyone on campus inspired you?
It’s hard to pick because we have truly amazing guys and gals all over campus, but I have been most inspired by my classmates Ralston Hartness and Walker Brand for their selfless service to everyone they encounter, and their overall humility. The best thing about W&L is the people, and it benefits immensely from leaders such as these two.
What’s your personal motto?
God first, others second, I’m third.
What one film/book do you recommend to everyone?
“It’s A Wonderful Life”
Post-graduation plans:
After traveling and spending time with my family at home, I will be moving to Los Angeles to attend the University of Southern California’s School of Cinematic Arts to pursue a Master’s of Fine Arts in Film and Television Production.
Favorite W&L memory:
A near impossible question. I’d have to go with the Big Spring Ball. Some friends and I found out we all knew how to waltz and were interested in teaching others this underused skill. So we formed a committee, gained access to a beautiful wedding venue through the generosity of our friend, Buddy Powers, and just had a ball with a ton of our friends. It was an incredible night and I was glad to be a part of starting a new W&L tradition.
Why did you choose W&L?
Quite simply, I believe W&L is the greatest school in the country. Academic prowess, history, student involvement and traditions, alumni network, size, location — nobody else has it this good. It was the only school I applied to.
Related //English, Film, The College, Theater, Dance and Film
Tagged //Class of 2018, English, film
Loading Comments...