Many Shades of Green New student-sourced sustainability initiatives get the green light on campus. 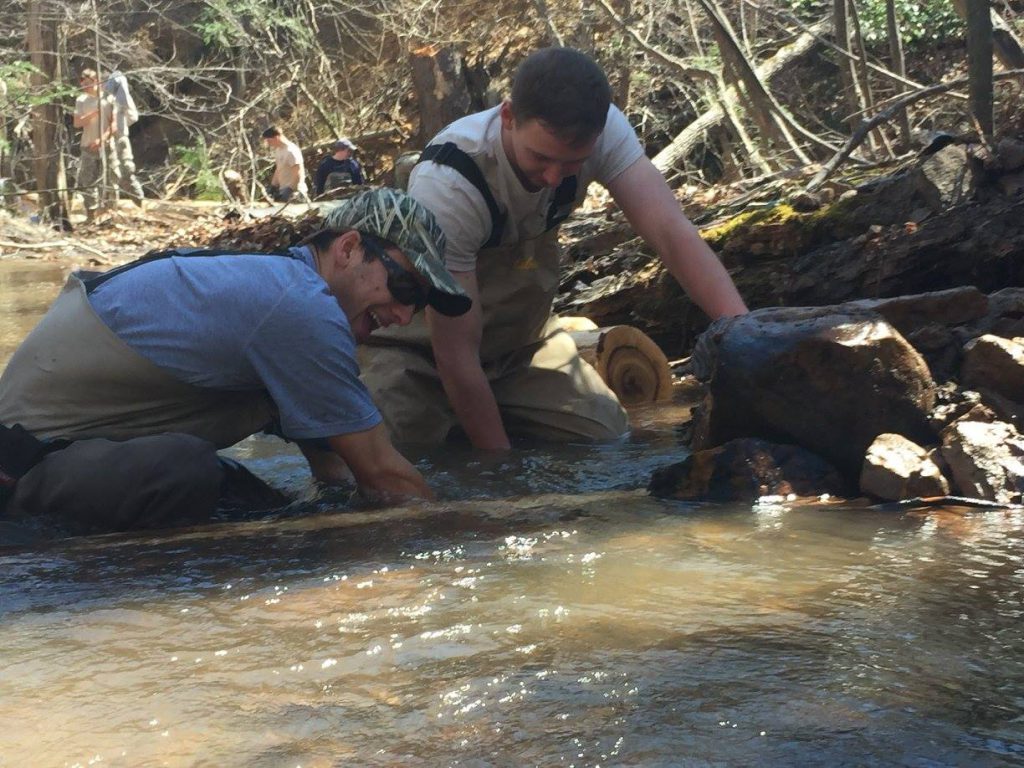 “What I loved about it was it was such a wide range of projects. And that is exactly what sustainability should be.”
–Kim Hodge,
director of sustainability initiatives and education

In December 2015, Kim Hodge, director of sustainability initiatives and education at Washington and Lee University, put out a call for student proposals related to sustainability projects. With funding from the president’s office — up to $2,000 per project — she hoped to fund campus- or community-related projects.

The proposals, reviewed with help from energy specialists Morris Trimmer and Jane Stewart, Chris Wise (former environmental management coordinator) and Professor Jeff Rahl, were an interesting mix. “What I loved about it was it was such a wide range of projects. And that is exactly what sustainability should be,” said Hodge. “I want students to think about how to incorporate sustainability into all aspects of life. Sustainability is not just about the environment. It has social and economic components to it as well. I also loved that students suggested projects that I would never have even thought about — or that I would have thought about but would have put it off for later. They were able to push forward some things that needed to happen on campus. Students can constantly surprise you.”

By the end of the 2016 academic year, three projects were done and three others in varying stages of completion due to a few snags encountered along the way.

Meera Kumar ’16, who is studying in India on a Fulbright Fellowship, said in her proposal on re-usable feminine hygiene products: “I propose that W&L subsidize alternative options to traditional disposable menstrual products. Reusable products are widely advertised in the developing world, but are seen as unhygienic and as a second-best option in Western countries. This mentality needs to change — and the conversation can begin right here on campus.”

The project was wildly successful. “There was a lot of energy behind this project, and Meera just ran with it,” said Hodge. “That type of project was not on my radar, but I definitely want to continue it next year.”

The W&L Fly Fishers, working with biology professor Robert Humston, took charge of restoring upper Moore’s Creek, which used to have a large trout population. The team leader on this project, Oliver Nettere ’16, organized 40 people to build 14 deep-water holding pools that will help trout survive the long, hot Lexington summers. He noted, “This project will benefit the greater Lexington community by restoring brook trout habitat, improving water quality and providing increased recreational opportunities from members both within the W&L community and Rockbridge County. As fly fishers, we all value the habitat and streams that sustain our sport and feel an inherent responsibility to protect these important resources.” Tessa Horan ’18, Sequoya Bua-Iam ’17 and Prakhar Naithani ’17 suggested making eco-friendly cell phone chargers available in heavily trafficked locations on campus. For the Fitness Center, they installed kinetic chargers, relying on movement (walking, running, etc.) to deliver a charge. In the library and Outing Club Barn, they set up solar-powered chargers. As members of the Student Environmental Action League and the Lexington chapter of Citizens’ Climate Lobby, the three said in their proposal, “We are clearly interested in any and all efforts toward sustainability. Sequoya and Tessa researched solar power last spring as they petitioned for the installation of solar panels to power the third-year housing project, and Prakhar works at the ITS Help Desk, where he has encountered a great number of students in need of a phone/computer charger after leaving theirs at home.”

Additional projects relating to trail work, a campus-wide tree planting and identification program and a clothing collection drive hit roadblocks along the way, but Hodge believes the students can pick up where they left off in the fall.

“These projects involved a learning curve for students,” said Hodge. “Not only did they have to write a proposal, but they also had to research the cost of various supplies and organize a team to carry out their project. I essentially said, ‘This is on you.’ That’s a little scary for them. My job was to point them in the right direction — help them figure out who they needed to talk to and where to find that that person’s office.”

For Hodge, the beauty of these mini-grants is not only that they empower students, but also that they illustrate different sustainability efforts on campus. “These projects helped students learn how to be leaders in areas that interest them. They learned how to get through the process of making something happen. I think that is one of the easiest ways to educate our students. Sometimes, all they need is a little bit of money and support.”