Providing Food for Thought Quincy Springs '02 is set to open a Chick-fil-A that will also serve up a helping of civil rights history. 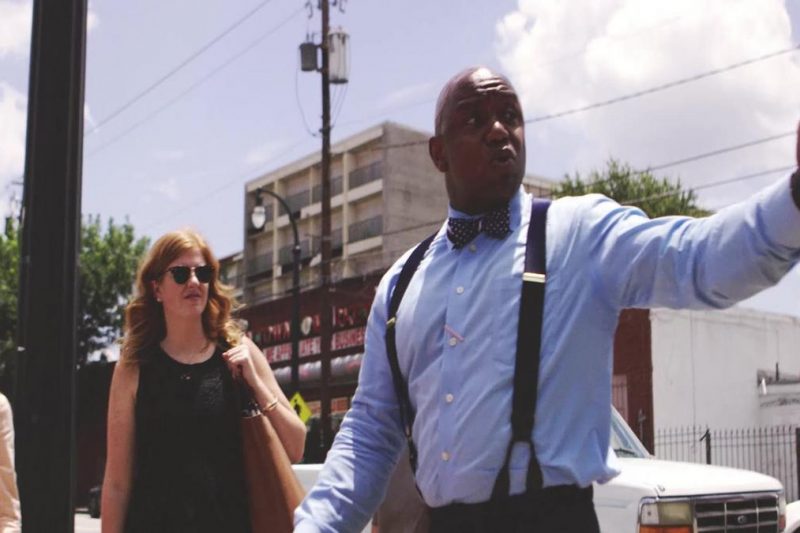 “I want the children in this community to know the heritage of the neighborhood and have the pride of knowing that giants walked the same streets they play on.”

Back in March 2017, Quincy L.A. Springs IV ’02 returned to Washington and Lee University as the keynote speaker for his alma mater’s Black Alumni Weekend.

In his talk, “It Costs to Care,” Quincy discussed his efforts to reinvigorate Atlanta’s Westside neighborhoods through feeding the homeless, neighborhood improvement projects and providing school supplies to needy children.

His newest venture, franchise owner and operator of a Chick-fil-A in Vine City, will continue to support his community, while also paying tribute to Westside’s civil rights movement.

His restaurant, opening in 2018 on the corner of Joseph E. Lowery Boulevard and Martin Luther King Jr. Drive, will feature a mural of civil rights leaders, including Joseph E. Boone, Ralph David Abernathy and Andrew Young.

The Atlanta Business Chronicle noted that Quincy hopes the new restaurant will serve as a source of inspiration for his 70 full-and part-time team members, as well as his guests.

“I want the children in this community to know the heritage of the neighborhood and have the pride of knowing that giants walked the same streets they play on,” Quincy said.

According to the article, one-third of the homes surrounding Vine City’s incoming Chick-fil-A are vacant, and 60 percent of the children there live in poverty.

Quincy, who grew up in Buchanan, Virginia, said, “This community is so rich in spirit, and my hope is that my restaurant can be a gathering place for my neighbors and friends.”

He plans to use Chick-fil-A’s company scholarship initiative to help his team members attend college — maybe sending some of them to W&L.