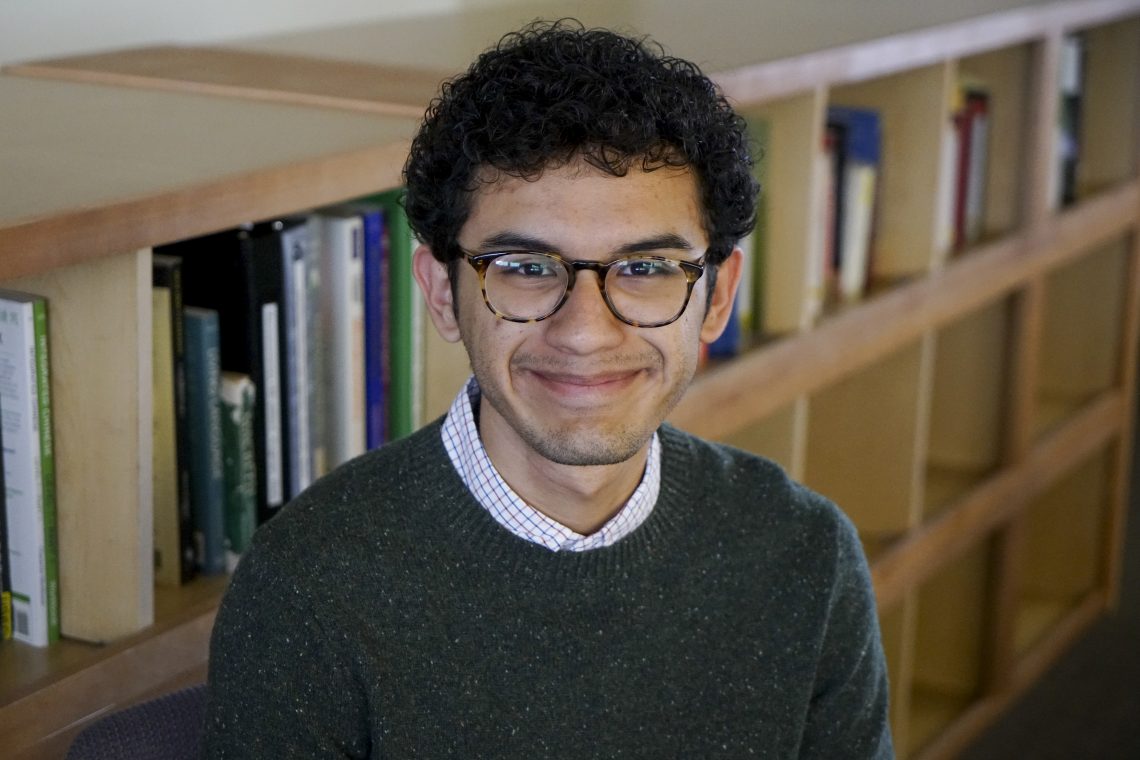 Special Edition of Pluma Features Local Immigrants’ Stories Edwin Castellanos Campos '20 came up with the idea for the special edition after taking a Spring Term sociology/anthropology course about U.S. immigration and refugees.

“Immigrants—just like anyone else—are people who go to school, who have their own hopes and desires for the future, and I think it’s important to take that away from this publication.”

Edwin Castellanos Campos ’20 has published a special edition of Washington and Lee University’s Spanish literary magazine, Pluma, that features the immigration stories of 17 members of the Latino community in Lexington and the surrounding areas.

Castellanos Campos is an accounting and Spanish double major with a minor in Latin American and Caribbean studies. He has always had an interest in advocating for immigrants and Spanish speakers in the community and has been heavily involved in nonprofit organizations that do such work.

Pluma, the only Spanish-language literary magazine for W&L and the Rockbridge area, is normally comprised of poems, short stories, recipes, photographs and other creative works submitted by W&L students and local community members. The regular edition, which is always published in Spanish, comes out during Spring Term and is put together by a team of students and faculty advisers. Castellanos Campos decided he wanted to tell the stories of immigrants within the community in their own words, so he created the special edition, Tiempo de Cambio (Time of Change).

The magazine features photos by Castellanos Campos as well as a map designed by Clover Archer and Andrea Lepage, both of the Art and Art History Department. Layout of the magazine was done by Billy Chase, a graphic designer in the Office of Communications and Public Affairs. 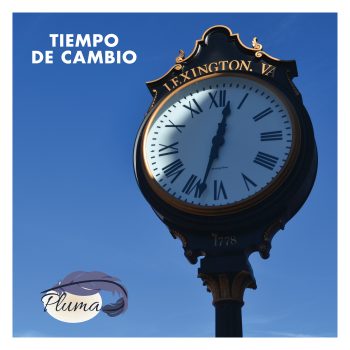 The idea started last Spring Term when Castellanos Campos took a course in sociology and anthropology with Visiting Professor of Anthropology Marnie Jane Thomson. The course was about U.S. immigration and refugees. Students in the course were required to work on a project that had potential to be published somewhere.

“That’s where I got the idea to interview some immigrants in the community and write a little piece about that,” Castellanos Campos said. “And then [for] the publication piece I said, ‘Oh, well I could possibly submit this to Pluma.’”

He brought his idea to Mayock and she suggested that he create a special edition of Pluma that was separate from the regular spring-released edition. Castellanos Campos took the idea and ran with it.

“I believe that Edwin’s work models the depth of understanding, interest and compassion needed to understand complicated issues of migration, family, economic and social well-being, and community,” Mayock said.

He interviewed five people during his Spring Term class and another 11 during a Fall Term independent study under the supervision of Mayock. Seven of the interview subjects are community members, while three are professors and seven are W&L students. The featured individuals originate from a range of countries: nine are from Mexico, two are from El Salvador, one is from Colombia, three are from Peru, one is from Argentina and one is from Spain.

“What I found when I talked to them in completing the publication is that a lot of them come for different reasons to the U.S., and specifically to Rockbridge County,” Castellanos Campos said. “What a lot of them ended up liking about Rockbridge County and Lexington, and the reason they don’t end up leaving, is because of how small the community here is and how calm everything is.”

All of the names of those interviewed are changed in the publication for confidentiality purposes. Privacy was important for Castellanos Campos to keep in mind when putting together each story.

“Everything that is being published is in their words,” he said. “It was just finding that right balance of what to share and what really represents them… and not sharing some things that were more private for them.”

The interviews were conducted in Spanish and appear in the publication in Spanish. The primary language of most, if not all, of the individuals interviewed is Spanish, according to Castellanos Campos.

“We wanted to keep the Spanish origin of the immigrants and the people that I interviewed in place for the publication,” he said. “I do hope to translate it at some point so that people who don’t understand Spanish can understand the important stories.”

After transcribing and editing the pieces, he handed them off to Mayock for final edits. After Mayock completed a line-by-line edit for each story, he allowed the source to read it and make sure they still wanted to include everything they said in their interview.

Not only was this project a large time commitment, but there were other challenges along the way.

“I think the biggest challenge in it was trying to make sure I wasn’t leaving any piece of their story out of the publication,” he said. “A lot of them have a lot to share and it’s hard to capture that in a 15-minute to half-hour conversation.”

In some cases, Castellanos Campos had to return for second, even third, interviews.

The best part for Castellanos Campos was listening to what everyone had to share and understanding the dreams, aspirations and motives for those who move to the U.S.

Castellanos Campos will speak about his work on March 11 at 7 p.m. in the Hillel multipurpose room. He has also invited several of those interviewed to speak. The event will be bilingual: The majority will be in Spanish, but parts will be translated for those who may not understand the language.

A wide range of people are expected to attend, including Spanish-speaking community members, W&L students and local advocates for immigrants. Regardless of their background, Castellanos Campos hopes they will walk away with an important message.

In the future, Castellanos Campos hopes to continue his involvement in activities and organizations that advocate for immigrants or Spanish speakers in the community, especially in his home city of Chicago.

Edwin Castellanos Campos will speak about his work on March 11 at 7 p.m. in the Hillel Multipurpose room.

Copies of the special edition of Pluma will be handed out there. Following the event, they will be available in various locations around campus, including Tucker Hall.