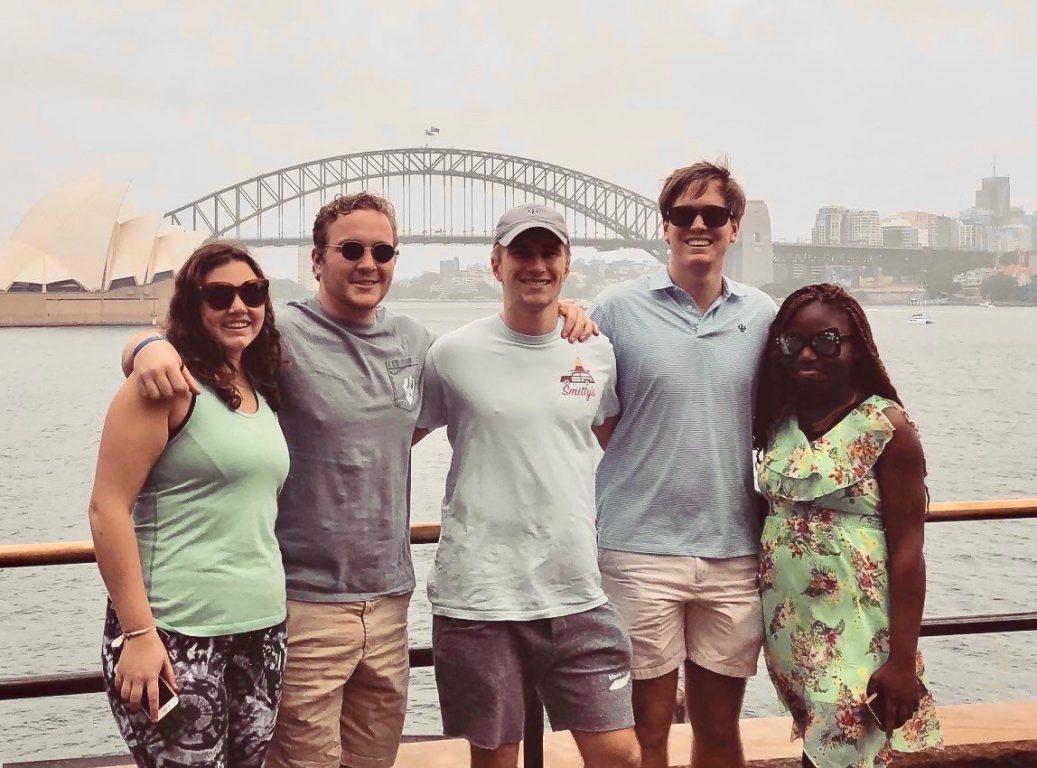 ‘Studying on the Other Side of the World’ Foster Friedman '21 discusses the highlights of his experience with the Internship and Study Semester in Asia Pacific Program.

During my first week here, I would look on social media to see my friends on campus back in Lexington playing in the snow. As much fun as it looked, I was more than content with admiring their posts on the sand at Sydney’s famous Bondi Beach.

Foster Friedman ’21 is taking part in the Internship and Study Semester in Asia Pacific (ISSAP) program. Students take four courses over an 8-week period in Sydney, Australia and then complete a seven-week internship in Auckland, Hong Kong, Singapore or Sydney. 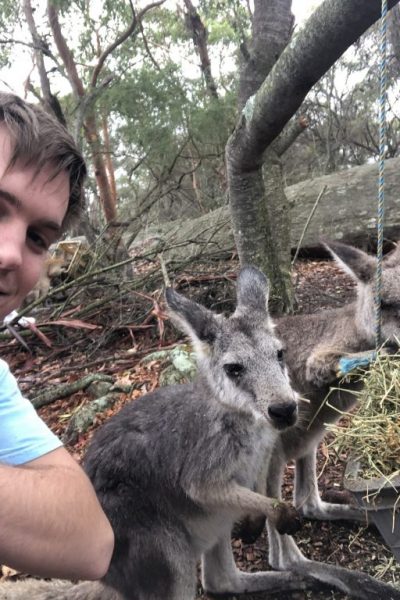 My W&L classmates and I have been in Sydney for a little over three weeks now, yet it feels like it has been months because of the amount of things we’ve done and seen throughout the city since arriving here. I look forward to traveling throughout Australia and over to New Zealand, but the time I have spent in this city has been wonderful. Below I will recap some of the best moments as it would take a novel to detail all of our experiences.

After landing in Sydney, our first stop was not to our living accommodation for the next two months, but rather to a lookout where you get a breath-taking view of the famous Opera House and the Sydney Harbour Bridge. We walked around for about 30 minutes taking in some of the best views of the city that we would call home. After soaking all of that in, we headed to our home away from home: The Oaks Goldsbrough Apartments in Pyrmont. Pyrmont is a neighborhood close to Darling Harbour, a tourist destination with lots of tasty restaurants and nice boutique shops.

Chinatown is also just a short walk from our apartment, so we have gone there for dinner at least once a week, the best place being Mr. Chen Beef Noodle with his 30 cent dumplings. This past weekend was actually the Chinese New Year, and there were crowds of people celebrating in the streets all day and night. It was a spectacular event that I could never experience in Lexington, so I am thankful to have been in a city like Sydney this year. Because of Sydney’s proximity to China and other Asian countries, there are countless restaurants throughout the city that feature dishes from these places. Close to where we take classes, there is a food market called Spice Alley. Chinese, Japanese, Thai, and Malaysian food are just some cuisines represented, and it is all spectacular. I am thankful for Sydney’s diverse food scene, as it allows me to try new things every day. 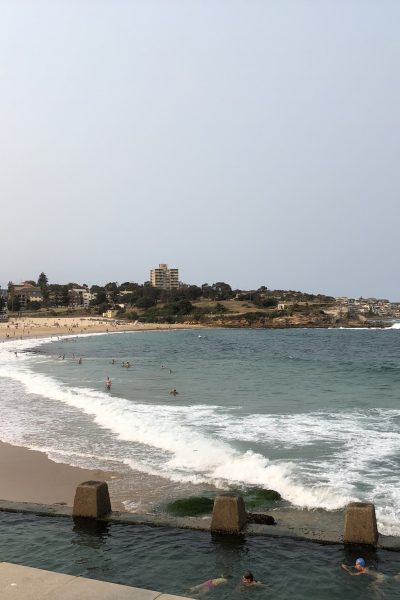 Another highlight was attending a networking event at Squire’s Landing with some W&L alumni. The restaurant was named after a man who was a convict on the first fleet of ships to Australia from Great Britain and later became known as the first brewer on the island (for the history buffs reading this). It was great meeting fellow Generals that have found their way to Sydney and been successful down under.

Probably the best part about studying in Sydney is the fact that it is summer here and winter back home. During my first week here, I would look on social media to see my friends on campus back in Lexington playing in the snow. As much fun as it looked, I was more than content with admiring their posts on the sand at Sydney’s famous Bondi Beach. Every free afternoon we get, my roommates and I try to hit up one of Sydney’s many beaches. On Sunday, January 26th, we got to celebrate Australia Day with the rest of the country. We went to Manly Beach in North Sydney and soaked in the rays for the beautifully relaxing national holiday. The waves at Bondi and Manley beach are unreal and while I have not yet attempted surfing, I have almost mastered the art of body surfing.

Being born and raised in Lexington and deciding to attend school at Washington and Lee, I have never spent more than a couple of weeks in a different city, let alone a different country. That was part of the reason I chose to study in Australia, to live on the complete other side of the world. So far, it has exceeded my expectations and I look forward to what the next couple of months have in store. Sydney has not been too much of a culture shock, as they speak English and it reminds me of most major American cities. However, I am excited to live in Singapore and experience everything that city has to offer. I look forward to seeing all of my friends and family back in Lexington, but I am glad there is still time for me to explore this part of the world.