“Freedom is not a finish line. It’s a horizon. And we are all tasked—burdened—with seeking after that horizon.”

On June 23, among worldwide protests after the deaths of George Floyd and other Black Americans at the hands of police officers, five Washington and Lee professors convened a panel to discuss “Perspectives on Black Protest: Comprehending the Current Crisis.” Led by Michael Hill, professor of Africana Studies, they spoke to an online audience on topics that ranged from the history behind Black athlete protests to the university’s relationship to Robert E. Lee.

The panel was the third in a series of online racial justice conversations within the W&L community spurred by the protests. The first two, town hall-style meetings with students and staff, occurred in early June.

In addition to Hill, the panel was made up of Assistant Professor of Law Brandon Hasbrouck ’11L; Elicia Cowins, assistant professor of accounting; John S. and James L. Knight Professor of Media Ethics Aly Colón; and Nneka Dennie, assistant professor of history. They each delivered remarks on aspects of racial justice relating to their scholarship. Hasbrouck, whose ideas on racial justice and the law have received national media attention since protests began, opened with an unsparing critique of the nation’s system of policing, and of its inability to reform it.

“Too often have we seen Black people killed by the police,” he said. “Parents and families grieve, and we all protest, shouting ‘Black Lives Matter.’ The response has been conservative retrenchment and white wokeness followed by inaction.” As an example, he pointed to the passage in some states of “Blue Lives Matter” laws, which classify attacks on police as hate crimes, in response to the first Black Lives Matter protests.

“Policing in America has always been about controlling and terrorizing the Black body,” he said. “Modern policing was birthed and nurtured by white supremacy. Its roots are found in slavery. It is absolutely true that some who join the profession are racists — the bad apples. It is equally true, and more troubling, that broken systems create racists.”

Cowins researches topics including the economics of intercollegiate athletics. She noted that calls to “keep politics out of sports” only come when the politics in question challenge structures of power.

“Sports have always been political,” she said, recounting President Theodore Roosevelt’s aggressive and ideological promotion of athletics in the early 20th century and pointing to the way sports franchises pitch themselves as social cure-alls to gain billions of dollars in municipal investment on stadiums.

Cowins catalogued a long history of discrimination against Black athletes, from Black jockeys being pushed out of horse racing in the late 19th century to the NFL refusing to hire Black players within living memory. She pointed out that Black football players today work in an industry in which, despite forming the majority of the professional player base, they are drastically underrepresented among coaches.

“Ultimately,” she said, “sports entertainment is a product sold to consumers. And the consumers with sufficient discretionary income to make the machine work are largely white. This makes for strange outcomes when a narrative of white superiority in all things is humming in the background.”

Colón discussed his work as a diversity reporter and coach in the 1990s and talked about what he called a long-overdue reckoning in the nation’s most influential newsrooms, which disproportionately feature white viewpoints.

Recent protests, he said, have “forced journalists to confront the conflict between color and coverage,” noting that “who journalists are affects what they see and how they see it.”

After quoting from a recent piece in the New York Times by Wesley Lowery, an award-winning Black reporter, about the risks and difficulties of Black journalists speaking up in mostly white newsrooms, he drew on a 2015 report in Vox by Jenée Desmond-Harris on coverage of the death of Michael Brown. Killed by a police officer in Ferguson, Missouri, in 2015, Brown became a rallying cry for racial justice.

“Half of the pieces published in the 10 days after Brown’s death didn’t even mention the word ‘race,’” Colón quoted. “And those that did weren’t much better: They often stripped out the crucial context about patterns of racially skewed police violence that would have helped readers make sense of why this incident inspired protests across the country and became national news.”

“What excites me now,” he finished, “is that what I and other journalists of color were pushing for more than 20 years ago has exploded so publicly and so strongly.”

Dennie, a Black feminist scholar who cofounded the Black Women’s Studies Association in 2018, gave the last of the prepared remarks, shining a light on disparities in which Black people are remembered and valorized.

Rosa Parks, she noted, was not the first or only Black woman to refuse to give up her seat to a white person in Montgomery, Alabama. Claudette Colvin did the same. “However,” Dennie said, “because she was a dark-skinned pregnant teenager, she did not become the face of the Montgomery bus boycotts.”

“Often,” she said, “when we talk about Black history, we’re talking about Black men’s history,” which paints an incomplete picture. “Folks generally understand racism as something that primarily affects Black men without also considering how it impacts women or Black LGBTQ communities. This is something that has deadly consequences.”

The Q&A portion of the panel covered topics that included Confederate statues, the trauma of watching George Floyd’s death and the reasons it has generated such a strong response worldwide. But the most frequently asked question was what the university can and should do regarding its association with Robert E. Lee.

Hasbrouck took the lead on the subject. In his prepared remarks, he referenced stories of racist abuse shared by Black W&L students and called the university’s reverence of Lee “deeply hurtful to many on our campus and in our community.”

“We must acknowledge that for many,” he said, “our adoration of Lee effectively signals adoring and cheering for racial subordination and violence.”

During the Q&A, he added, “I have a hard time thinking how we can operate under the oppressive eyes of Lee while the eyes of the country are on us. They want to see: What will we do next?

“I think where you’re going to see people rally around change is when it impacts the economics of the institution, a reckoning I think is coming. There are going to be questions eventually that we all are going to have to answer, including when businesses start getting pressure on them: ‘Why are you hiring these students from this school?’”

He believes transformative change is required to ensure racial equality and justice. “To paraphrase one of my heroes, Sherilynn Ifill, never in the history of any story on Black activism and protest, or Black history, did the last page of the book say, ‘And then they gave up.’ We do not give up. We fight. We perfect our democracy and its institutions.”

Hill brought the evening to a close by promising that the discussion was a beginning rather than an end and by urging action.

“Don’t stop working now. The future of democracy depends upon a willingness to continually punch the clock and complete the labor of liberty. We have to continue along that pathway. Freedom is not a finish line. It’s a horizon. And we are all tasked—burdened—with seeking after that horizon.” 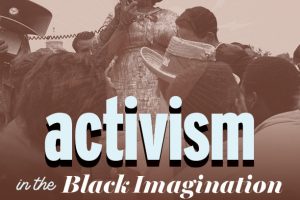 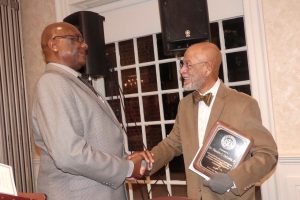